Home » Medically Related » Other Items of Interest » Technology » Why the Dow is Hitting 10,000 Even When Consumers Can't Buy and Afford Healthcare

Why the Dow is Hitting 10,000 Even When Consumers Can't Buy and Afford Healthcare

This is a good question and I’ll offer a link as an example here:

Maybe it lies in the Hedge funds?  We can’t afford healthcare either come to think of it.

And on the other hand, we are now considering a tax to pay for healthcare?   I don’t see anything improving quickly at all until we address this:

“The Federal Reserve is not a government agency, and I thought that was worth mentioning as many may not be aware of this.  The board is filled with Wall Street Bank Executives, that answer to the Treasury Department basically with no rules and regulations.  We have an SEC that is pretty much helpless when it comes to the ability to run data audit trails to verify and find where the money is going.  What is also interesting is the lawsuit filed by Bloomberg News mentioned, which would force the Federal Reserve to disclose details of the bail out, so far no action, but there are bills to audit the Federal Reserve for the first time, and how would this be done….algorithms.  It’s the only way it can be done.”

Until we get a handle on what’s going on with the algorithms that run everything, we can talk all we want and nobody will find a cure for healthcare and the economy.  To summarize all of this and why people are so mean today, watch this video as David Lazarus sums it up real good.  They can’t and won’t deal with technology so they bite off everyone else’s head in the process.  I recently talked to a COO who couldn’t copy and paste.  Go figure.

Some of those with the latest and greatest algorithms are taking money from those who do not even have a clue as to what they are, but we certainly know who has them and uses them for profit.  Again, the key is education and that spark of curiosity to be tapped, as without it, we stay dumb as a whole and everyone suffers. 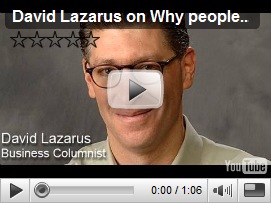 So how can the Dow Jones Industrial Average be flirting with 10,000 when consumers, who make up 70 percent of the economy, have had to cut way back on buying because they have no money? Jobs continue to disappear. One out of six Americans is either unemployed or underemployed. Homes can no longer function as piggy banks because they’re worth almost a third less than they were two years ago. And for the first time in more than a decade, Americans are now having to pay down their debts and start to save.

Why the Dow is Hitting 10,000 Even When Consumers Can't Buy And Business Cries "Socialism" | Corporate Accountability and WorkPlace | AlterNet