The mobility move both with people and devices continues to evolve.  I can go back about 10 years or so ago and attest myself for having information at my fingertips when I was in outside sales.  I began with mobile devices before they were phones, a simple black and white PDA.  What did it do for 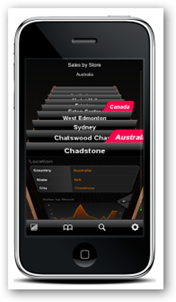 me, let me run circles around all my peers for one and have the absolute top sales results where I worked.  In the early days people used to look at me and think I was a bit strange, as I could pull all my business account information out of my purse, where I kept my PDA, piece of cake and the customers liked it!

Did others do this, nope.  They looked at it and thought “gee that is interesting” but the level of curiosity dropped at that point and they went about their merry way carrying around trunks full of paper records and having to call the corporate offices when they needed information about their accounts, wasting a lot of the client’s time.  Recently an article came out linking intelligence with curiosity and that is one of my main stays, how can I perk the curiosity of an individual, in sale and marketing if you don’t tap into this, move on as you could be wasting an entire amount of time if you can’t touch that element with an individual or group.

The Link between intelligence and Curiosity Is Discovered

Here we are now, years later with extreme information availability and sad to say we still have some of the same individuals I mentioned above, those who are NOT curious and this is a big factor today with education, how do we spark that note with some individuals?  Those who have and learn how to use business intelligence, and now with mobility soar above the rest, they are appreciated by clients and can handle a much larger workload in an intelligent fashion.

Here we go, business intelligence (with those algorithms) on the go, working it’s way into the business models of the future for companies who invest and want to stay at the top of the helm, information is knowledge and power today, we don’t have the time to chase paper reports and charts, and might I also say laws as well.  Congressional algorithms to create algorithmic centric laws would go a long way today, so think of the 2 examples above that I mentioned from my own experience, is this what we see today, think about it.  BD

MeLLmo, a Del Mar, CA, startup developing graphics and visualization software, has raised $4 million from private investors to accelerate its penetration in the market for 3G mobile devices. The secondary round means MeLLmo has now raised a total of $10 million from its angel investors since the company was founded 21 months ago.

“I think we’ve ended up with a whole new paradigm for how to visualize and analyze data,” says Santiago Becerra, a co-founder and MeLLmo’s chairman and CEO. While the company initially focused its software for use on Apple’s iPhone, Becerra tells me MeLLmo intends to broaden its development efforts to other 3G smart phones. And as the advantages of its software become more widely understood, Becerra says he even anticipates demand among PC users.

After Becerra rebuffed him, his friend said, “OK, just give me the name of your company.” After telling his friend he intended to call the company “Roambi,” his friend basically said, “Oh that’s easy. You’re doing roaming business intelligence.”

MeLLmo’s initial application was developed for the iPhone, and is available as a free download from the Roambi website or the Apple iTunes App Store. The company also has been developing paid versions of its publisher application with expanded functionality for enterprise business users, such as supporting SAP Web Intelligence and SAP Crystal Reports. Becerra says he expects the company will be making additional announcements on that front in coming months.