In a related story here in California, the governor just signed a bill that will preserve coverage for Healthy Families coverage. 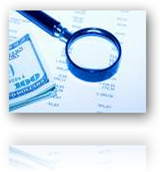 provide the resources to prevent loss of Healthy Families coverage for over 900,000 children. Anticipating this signature, the Managed Risk Medical Insurance Board has already started processing the nearly 90,000 children that have been left uninsured on a waiting list for the last month or so. We should have never have been in this situation, but this is good news that such a major crisis was averted.”

As mentioned in the article from the Wall Street Journal, states have had to use other parts of their budgets to help sustain Medicaid coverage as well.  BD

Stimulus money is helping states plug budget holes, but state officials are worried about how they will sustain programs after the federal funds run out, according to a Government Accountability Office report released Wednesday.

About $90 billion in the $787 billion stimulus package is for extra federal funding for state Medicaid programs. The money, which goes out quarterly to the states, Washington, D.C., and U.S. territories and is known as FMAP funds, has moved faster than stimulus dollars allocated to many other spending categories. About 35% of the $787 billion stimulus package was in the form of tax cuts.

The GAO, the congressional watchdog charged with monitoring how states are handling their share of the stimulus package, found that most states it studied were using the funds to cover increased caseloads and maintain their current services and eligibility criteria. Some states were also using the funds to keep up with payment rates for providers.