State Health inspectors at work in Los Angeles county, not enough help in the ER, one nurse couldn’t do it all as the other two were out ill.   Nursing shortage is starting to show in the emergency rooms.  BD

A Los Angeles hospital was forced to close its emergency room earlier this month because of understaffing after several nurses became sick with the flu, authorities said.
Los Angeles Metropolitan Medical Center, at 2231 S. Western Ave., just south of the Santa Monica Freeway, voluntarily closed its four-bed emergency room Sept. 18 after a surprise visit by state health inspectors, who found that two of three emergency room nurses were out sick, according to hospital CEO John Fenton. 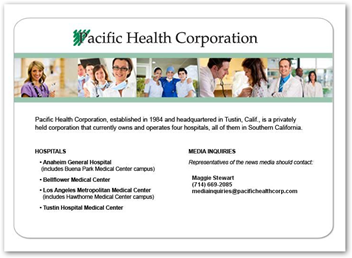 The 213-bed hospital has a staff of 700, but has few nurses trained to work in the emergency room, which was added two years ago, Fenton said. The hospital is owned by Tustin-based Pacific Health Corp.