These hospitals are not the only ones in the country that had such a charge, but due to today’s economic conditions, it’s now perhaps a good time 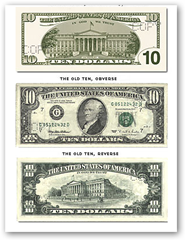 to do without as the main reason it was dropped was due to the fact that it could possibly discourage those from coming in that need medical care.  Again $30.00 is not a huge charge and it does add a little money to the bottom line, but if it were to keep a patient from coming in for care and waiting until normal hours when they were not subject to a charge, then it could have a reverse effect and a patient’s condition could be worse by waiting, again depending on the condition.  Many times it was not covered by insurance and ended up being a small balance due bill.  BD

In the face of criticism from a union of health workers, a physicians group has decided to drop its late-night surcharge for patients who come to emergency rooms after 10 p.m. at five Massachusetts hospitals.

Harvard Medical Faculty Physicians said today it would no longer add $30 to bills for emergency care delivered between 10 p.m. and 8 a.m. The fee was attacked earlier this week by a health-care union that is trying to organize workers at Beth Israel Deaconess Medical Center, where the doctors are affiliated. The other affected hospitals are Beth Israel Deaconess-Needham, Nashoba Valley Medical Center in Ayer, Saint Vincent Hospital in Worcester, and Milton Hospital, which dropped the fee earlier this month.

"The general feeling is if it could cause one single patient not to seek emergency care, then we don't want it," Dr. Richard Wolfe, chair of emergency medicine at Harvard Medical Faculty Physicians and Beth Israel Deaconess, said after talking with physicians at the five hospitals. "We've instructed our billing company to no longer bill for that code."