The Debate and Problems with Medicare Part D Continues…

Now the debate is whether the letters sent out by Humana were accurate.  Will Part D supplemental ever work?  Again, this makes for profits for the insurance companies to administer.  As best as I can figure, this was a good option at the time it was initiated as Medicare may not have had the data facilities and where abouts to handle this, and the insurers, who have all the latest and greatest data capabilities did, so merging part D into the 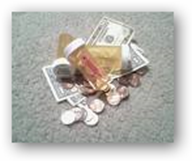 Here we are years down the road and Medicare is updating their capabilities and having a much stronger say than they did let’s say 7-8 years ago and are in a better position than they were then, so perhaps a Medicare business model that could ultimately do the same, except Medicare could handle and negotiate drug prices, maybe?  It seems to make sense to take some of the middle people out of the picture to keep costs down.  We pay for the middle people (their services and algorithms).  BD

AARP has already had their hands slapped last year when it came to insurance policies.  More can be read at the link below and actually there was a Senate investigation conducted too.  No wonder AARP is quiet this time.  AARP is also facing competition from another senior organization and the potential loss of clients as they offer Aetna over there.

Imagine that. Last week Mr. Baucus ordered Medicare regulators to investigate and likely punish Humana Inc. for trying to educate enrollees in its Advantage plans about precisely this fact. Jonathan Blum, acting director of a regulatory office in the Centers for Medicare and Medicaid Services (CMS), said that a mailer Humana sent its customers was "misleading and confusing to beneficiaries, who may believe that it represents official communication about the Medicare Advantage program."