What is at the bottom of all of this, the same thing I keep talking about all throughout this blog, the algorithms or formulas that calculate payment 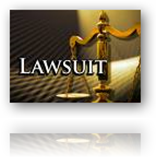 rates and provisions, something I try to bring to light so perhaps we can avoid some of the useless Town Hall meetings that are not addressing this.  Our Congress people should really try to create some more productive and informative meetings, to educate by all means.  The average person has not clue on how powerful computer code an algorithms are until they work against you.

The article references a bit of history, going back to 2002 with late payments and then advances on to the “Ingenix Inquisition”, a boiling pot that is still cooking.  As mentioned below, there’s even a conference coming up to explore “charging below the going rate”.

Ingenix Data Base Has Some Long Reaching Legal Tentacles

The data base used by Ingenix, a subsidiary of United HealthCare was used by other insurance carriers too, so United appeared to be making money from other insurers along the way too, best of both worlds for profit, the patients and the competition.  Ingenix is the business intelligence arm of United and also sells services that “score” and analyze claims to avoid fraud, but what happens when the line between greed maybe and the appearance of fraud get clouded?  You guessed it, problems with getting claims paid, common sense would just tell you that much.  What it somewhat interesting too is that I have not seen any legal action from one of their client/competitors filed yet, but I could have missed something as well.

Rescission also happens and one of the very same companies, Ingenix also scores your eligibility by analyzing your medication records that they buy and sell, not under the control of HIPAA.  You might possibly find some other insurers paying Ingenix for these services too, although there are others out there that do the same, we are for sale.

We are in the world of high frequency health care whether we like it or not and in view of some of what is going on, I don’t understand why we put the EMR/EHR companies up against the wall for integrated and accurate transactions and queries when we do not do the same for the insurance carriers? It would certainly make sense to me to be able to have algorithmic centric certification take place and then we might just avoid some of this legal mess, maybe?  Why are their algorithms such a high and tight secret when the EMR folks are not?  I think we need a US Department of Algorithms and soon.  Wendell Potter worked in the industry for years and he knows algorithms.

I will mention this once more, we need some algorithmic centric laws, digital laws, don’t you think it’s about time, as all the verbiage in the world is not cutting it today and even our Congress can’t find the time to read and decipher it, madness and still life in the 70s.

All the unsettledness, grief, and greed is all created by one item, algorithms and the people that design and put them in to place for business intelligence decisions, so as smart people we need to get educated and quit screaming and fighting and demand to see and have access to those algorithms that give the thumbs up or down and know why and be able to see in advance if a denial would take place, shouldn’t that be the American Way?

I used to write code and it’s not all created equal and with proprietary code that we never get to see or evaluate, we all just behind one big 8 ball with a Congress in the same boat, and they are doing the same, arguing and fighting, and nobody is getting anywhere in a hurry.

So how about a Department of Algorithms that can check validity and ensure accuracy, put it under the Patent Office perhaps.  This entire under tow works while the ignorant are continuously chastised and have no clue why, let’s all get ourselves educated and realize the real problems we are facing today, it’s the algos.  BD

Health insurers are under siege, and it’s not from stockholders upset over cratering equity prices. Lawsuits are coming at the plans from places they haven’t come before at a rate they have never seen before.

“Volume has increased tremendously in the last five years,” says Steven Ziegler, JD, a lawyer who defends UnitedHealth, Aetna, and Blue Cross plans, among others, and who lectures groups of insurers on emerging trends in plan liability.

Class action suits against plans nearly tripled from the period 1996–1999 to the period 2000–2005, from 4 percent to 11 percent of non-zero-dollar claims, according to a proprietary analysis of their own data conducted by One Beacon. Non-zero-dollar claims refers to claims paid by MCO errors and omissions policies after MCOs exhaust their significant self-insured funds. Insurance industry insiders believe the Beacon study is the only one in recent years that analyzes MCO lawsuit data, since MCOs keep errors and omissions (E&O) claims histories close to the vest.

The Ingenix database is not an accurate representation of UCR rates, according to a January 2008 finding by the appellate division of a Massachusetts State District Court in a decision in favor of a chiropractor in Michael Davekos P.C. v. Liberty Mutual Insurance Co.

The Ingenix lawsuits have attracted so much attention that the highlight of an upcoming March 31 Las Vegas MCO conference, Maximizing Network Success & Outreach, is a panel discussion titled “Exploring the Ingenix Class Action Lawsuit: Charging Below the Going Rate, Extracting Outliers, & Using High End Data to Hold Down the Dollar.” Panel guests include representatives from Highmark Blue Shield and Connecticare.