We all know about the St. Vincent’s in New York which is the biggest layoff and job loss of all hospitals and sad to see so many end up without jobs.  Baylor College of Medicine is another new one on the list too and one I had not expected. 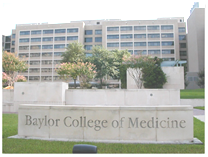 Let’s not all lay the gravy and credit in the hands of the CEOs and executives either for those who are not in the red, as some receive gifts and grants through philanthropy and they have portfolios too where money is invested and some hospitals have done a better job with recovering from in the stock market area.  I just read about Harvard not too long ago looking over their investments and they have a fairly new manager in that area and she has a little bit of pressure I would say.

It’s hard to really compare apples to apples in many instances as one hospital might have a much better performing portfolio than the next and even non profits are investing too, so everyone gets into this portion of the scheme and the better portfolios eat up a lot of operating issues that are costly when it comes to budgets and allocations, along with calculating profits.  BD

Intent on breaking even by 2012, Baylor College of Medicine will lay off an unspecified number of employees in the next 2½ months as part of a plan to reduce administrative operating expenses by at least 5 percent.

In an e-mail letter to employees, interim President William Butler wrote that despite progress Baylor has made in reducing its deficit — from $72 million to $19.6 million last year — further cuts are necessary to ensure the college is “secure and in a position to grow as a top-rated academic medical center.”

Butler's letter went out a few days before Baylor officials meet with analysts from Standard & Poor's, which put the medical school on its “Credit Watch” for potential downgrade. An official with the ratings house did not return a call Monday about whether the designation will be lifted.

The hospital said Tuesday the layoffs are intended to save money as it goes through tough financial times, caused in part by an increase in uninsured patients and declining reimbursements from the state and federal government.

It will also have a private company, Rehab Care, manage all inpatient and outpatient rehabilitation services. 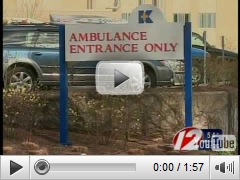 Apr. 12--The North Hawaii Community Hospital said it is laying off 13 full- and part-time workers to cope with continued operating losses.

The 39-bed acute-care hospital in Waimea said the cuts will occur this month and has offered affected workers a package that includes 20 hours of severance for each year of service, medical and dental insurance through the end of May and access to counseling.

The hospital said it has had operating losses totaling $15 million over the past two years, including a $10 million loss in 2008 that was the worst in the facility's 14-year history.

It said the problems occurred because of a number of factors, including the loss of an orthopedic surgeon, people deferring care because of the economy and the need to increase efficiency in some units.

JEFFERSON CITY | Several state-run mental health centers will be closed and about 300 jobs cut as Missouri implements "a major shift in inpatient psychiatric" care that will eventually save the state more than $7 million each year, the state mental heath director said.

The reorganization will end Missouri's role in running acute-care mental health units, where people typically are housed for a few days or weeks but not long term.

Department of Mental Health Director Keith Schafer said he's hopeful that private and nonprofit hospitals would fill the void, even if it requires they add more beds for mental health patients. 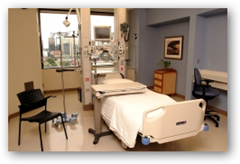 One of New York's largest mass layoffs, of 3,000 workers, will take place on April 30, the projected date when St. Vincent's Hospital will shut its doors forever. Getting half of those workers into new jobs will put the hospital- and union-run Job Security Fund to its most critical test yet.
The health care sector in New York is adding jobs, but it is no sure bet that St. Vincent's workers will be the ones to fill those posts. Like most New York City hospitals, St. Vincent's has a collective bargaining agreement under the League of Voluntary Hospitals and Homes of New York. Formed in 1968, the group is the bargaining agent for negotiations between hospitals and 1199 SEIU United Healthcare Workers East.

The layoffs involve 400 people. This staff reduction will save the troubled system more than $65 million. The hospital needs to reduce its costs by $230 million and has been have major financial problems over the past few months.

The Service Employees International Union agreed to the layoffs.

Although their finances are in check, Fostoria Community Hospital announced layoffs Tuesday to save the health care provider $1 million over the next eight months.
The permanent layoff of eight employees and the scaling back services is explained as a proactive measure.

The layoffs, effective May 2, impact several job classifications including support services, housekeeping, radiology technicians and nursing personnel that do not provide direct patient care. These nurses are involved in outreach programs such as diabetic and cancer screenings. FCH will also reduce the hours of 13 other non-essential employees.
Programs impacted include departments such as Cardiac Rehab, The Center for Wound Care, OccuHealth, CommuniVa, Meals on Wheels, ProMedica Total Wellness, Diabetes Education and the Parish Nurse Program.

Omaha, NE - 35 people lose their jobs at Creighton University Medical Center.  We're told the jobs are both in clinical and non-clinical areas.

Dustin Zabokrtsky from Creighton put out this statement:
Creighton University Medical Center has eliminated 35 positions in clinical and non-clinical service areas. These were difficult but necessary steps to ensure operational efficiencies and our fiduciary responsibility of balancing expenses to revenue.