Hospitals pay to be accredited and the Joint Commission was initially established to ensure safety and good clinical habits and adherence in the US, however, this over the last few years has changed to where they now accredit hospitals outside the US.  This accreditation also opens the doors to potentially expanding Medicare reimbursement too outside of the US.  Some insurance companies are already offering over the border coverage for residents here in the US.  n southern California and in Texas we already have the Mexi-Plans with Healthnet. 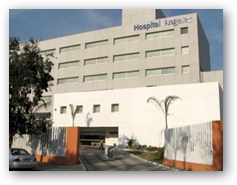 organizations from Mexico.  They are building big brand new hospitals I found out and all using electronic medical records.

In southern California nursing training is already taking place over the border.  As many as 40 bilingual Californians stuck on nursing school waiting lists in 2007 will begin classes in January 2008 at a college in Guadalajara, Mexico apparently the first attempt by any state to outsource nursing education to another country.

I try to post all of this information to create an awareness of what is going on somewhat behind the scenes that you may not be aware of in the midst of our US healthcare reform.  Again, from what I saw last year Mexico and several other countries appear to be gearing up for a lot of US healthcare business, hospital as well as outpatient medical care, and along with some of this the hope of picking up some new residents as well.  You can read the entire article but basically it summarizes that the President of Mexico is motivated to pursue.  BD

MEXICO CITY -- Mexico is silently working on proposals aimed at drawing millions of U.S. retirees to this country, which could eventually lead to the most ambitious U.S.-Mexican project since the 1994 North American Free Trade Agreement.

President Felipe Calderón is likely to propose the first steps toward expanding U.S. retirement benefits and medical tourism to Mexico when he goes to Washington on an official visit May 19, according to well-placed officials here. If not then, he will raise the issue later this year, they say.

``It's one of the pillars of our plans to trigger economic and social well-being in both countries,'' Mexico's ambassador to the United States Arturo Sarukhan told me. ``We will be seeking to increasingly discuss this issue in coming months and years.''

Calderón brought it up during a U.S.-Canada-Mexico summit in Guadalajara in August last year, but President Barack Obama asked him to shelve the idea until he was able to pass healthcare reform, another official told me.

Now that Congress has passed healthcare reform, Calderón is preparing to charge ahead.

The key to luring more U.S. medical tourists and retirees to Mexico and other Latin American countries will be getting hospitals in the region to be certified by the U.S. Joint International Commission, which establishes that they meet U.S. hospitals' standards. There are already eight Mexican hospitals certified by the JIC and several others awaiting certification.

So what will Calderón specifically propose to Obama? Most likely, the Mexican president will suggest starting with a low-profile agreement that would allow the U.S. Health Care Financing Administration to pay for Medicare benefits to U.S. retirees in Mexico. Under current rules, Medicare only covers healthcare services in the United States.