This may be a little off topic here, but healthcare is actively traded on the market and in view of the testimonies today with the US Senate, this seemed timely to 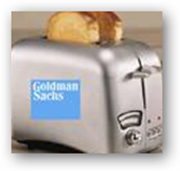 report this update.  It used to be down to 1/30th of a second to secure a trade faster with “high frequency trading” and now we are looking at 200 microseconds in trading time, whew!  It looks like today that the Senate is exploring this area and what technology can do with the housing market with algorithms that produce “desired” results.

Healthcare with insurance, all run on those algorithms and we need some visuals here with laws that include a piece of code that demonstrates how the algorithm would run.  After watching the Senate testimonies today, this is a real need so everyone, us included can understand.

No wonder Goldman wants to find out where that “stolen” code went, was the module somehow used to capture their secrets?

This was nice last week as well to hear a doctor speak out on how algorithms are used and perhaps abused in healthcare for profit, so don’t lose track of the fact that algorithms and their designs can be “accurate” or written for “desired” results.  “It’s in the way that you use it” that makes the difference.

Dr. Bruce Hopper from HelloHealth Speaks Out on Restoring Professionalism to Private Practice and the Danger Of Healthcare “Algorithms For Profit Only” Eroding the Patient-Doctor Relationship

As is stated in this article, the algorithms is an “arms race” and we are seeing that thrust in healthcare too with both the good and the not so good, algorithms used to help find cures for diseases and those on the other side just purely for profit and cutting cost.  Wall Street has shown us in the last year how we are lacking balance and look at where’ the money is, in the pockets of those who harness the power of computer technology for financial gain, can’t miss it.

You almost hate to say it in healthcare that algorithms is an arms race, but we are certainly seeing it today with us as citizens going to battle with swords and daggers while the other side that pays the bills has machines gun technology to analyze, and we just want good care from all of this.   The recently reported breast cancer algorithm and the HIV algorithm shows what is being investigated and decision made in that area and I hope now we don’t move over to blame shifting on who’s algorithm was it.  If a decision was made on a formula used, it’s the responsibility of the end user in this case, just like the testimonies are leading to today.  BD

March 31 (Bloomberg) -- Citigroup Inc. is overhauling its platform of trading strategies in an attempt to grow its share of U.S. equities from 14 percent, according to Young Kang, global head of algorithmic products at the firm.

The New York-based broker is introducing a new set of algorithmic strategies, as well as technology focused on speed and geared to an electronic marketplace with dozens of venues. Citigroup’s almost 1,000 clients will make the switch to the new trading products by May 1, when the old system is retired.

The initiative, run by Kang, is designed to woo business away from rivals including Credit Suisse Group AG and Goldman Sachs Group Inc. The global platform, called Citi Algorithmic Trading Strategies, has been used by the firm’s own traders for 11 months and is now available to clients in North America, Europe, Asia and the Middle East.

“Algorithmic trading is a complete arms race, and brokers must keep improving their offerings,” said Sang Lee, founder of research firm Aite Group LLC in Boston. “Citigroup has a lot of clients that are traditional asset managers driving a lot of volume” and may now be after more trading from a broader range of institutions across more geographic areas, he added.

“This has been our biggest project for the last year and a half,” said Kang, who joined Citigroup in April 2007 from hedge fund SAC Capital Advisors LP, in 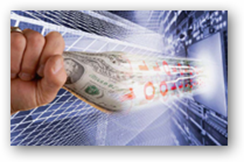 Stamford, Connecticut, where he handled algorithmic strategies and trading technology and helped create Citigroup’s most-used Dagger algorithm. Dagger represents about a third of Citigroup’s algorithmic trading volume. “The new platform for algos will deliver a higher quality of execution to clients,” he said.

A global group of 20 quantitative analysts and more than 50 developers, overseen by Kang, built the algorithms and the technology supporting the new platform, which has been used on Citigroup’s cash equities and program trading desks. The strategies have been tested in recent months by some hedge funds and institutional clients.

Some of the changes to Citigroup’s algorithms were made in response to the dominance of high-frequency trading, or computer-based executions by firms that trade a lot of volume at speeds usually less than a thousandth of a second. This trading, which encompasses multiple strategies, accounts for 61 percent of equities volume, up from 35 percent in 2007, according to research firm Tabb Group LLC in New York. Swanson said he believes high-frequency trading represents less than 40 percent of the market.

Citigroup is counting on attracting more orders from large investment firms because their traders will have “better experiences” using the firm’s algorithmic strategies and be able to “verify their positive experience” by comparing the executions they get relative to particular benchmarks to those from other brokers, he said.

ColorBook currently executes orders in 700 microseconds, or 0.0007 second, Swanson said. The firm is trying to reduce that to 200 microseconds.

“We are racing to make all our systems as fast and capable as possible,” Swanson said. “Speed is important because it determines whether or not you execute,” he added. “You now have to touch flow as fast as possible.”