This is a wake up call and some other figures quoted here states that 75 percent of the sales for Intel comes from outside the US.  Other reasons cited here were better financial incentives from outside the US and our “Country’s Infrastructure”.  That last one scares me a bit as I talk about this all the time with our new 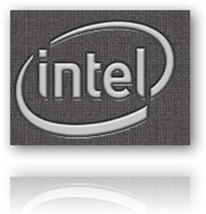 administration having to play “catch up” from years of neglect as our former administration failed to see the real value of technology and thus very minimal was done during the prior 8 years.  I said this last August:

The government is still working with systems that were built 30-40 years ago.  Also all of the transparency is opening many doors that have been closed for years.   The Patent Office is requiring a 10 million dollar upgrade and the FDA is being hammered and faces a lot of criticism from a public that wants more immediate action.

Our governor in California knows it too and is putting a priority on getting the state up to date.

In the meantime I guess we spend a lot of time with tea parties and perhaps in other areas of distraction or disruption.  This comes back to what I talk about quite a bit with the participants and the non-participants and this creates anger, frustration, and other malware type of feelings.  It also works on degrading morality among us and the big corporations who have invested in technology and infrastructure have all the big money.

One More Member of Congress Announces Retirement – I Think We are Up to 35 Now – It’s Complicated!

In Congress we have quite a few members who have announced their retirement, and why, it is complicated to figure out how to make laws that touch on and regulate technology advances in all walks of life where they may be non participants, thus without general citizen participation with members of Congress it leaves some potential knowledge and compassion untouched, as they don’t get it.  They get mad and frustrated like everyone else, but they have the responsibility to make laws so are we stuck?  It makes for dramatic news stories.  We didn’t have the infrastructure to police actions like the Madoff affair. 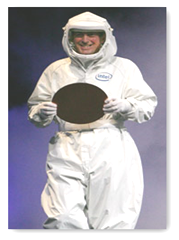 Last but not least this last post discourages me when Congress is now just addressing peer to peer networks and disallowing government employees from using them, private industry had this mostly in check when Napster arrived on the scene.

Everything is not as it seems today with the layers of technology and intelligence we have available and with leaders who live in the world of bliss it scares me that this is eventually going to do us in and we will no longer be the world leader as other countries are moving quickly above our current status today.

Intel Co-founder donated a 100 million for a nursing school in California in 2007 after Gordon Moore almost lost his wife due to a medical error in the hospital where she was given insulin and is not a diabetic, it was for the patient in the next bed.

Hate to say this, but there’s been a lot of people with a lot of money that learned about the power of algorithms and technology, we can’t sit in denial as it operates all around us and controls our decision making processes.  BD

Stacy Smith, Intel’s chief financial officer, dropped into the FT office in New York on Tuesday and, among other things, argued that the US is not taking high tech job creation seriously enough.

Intel has four manufacturing sites in the US and will have three abroad with the start-up of its new fabrication plant in Dalian, China later this year.

However, Mr Smith said that, when it considers where next to invest, the US could be a disadvantage in three regards: education, financial incentives, and infrastructure.

“The [Obama] administration is taking steps down the path but I just wish it would do more. They have to understand that the US is competing on a world stage and we are falling behind,” he said.

Intel wants the US to compete for its jobs | John Gapper's Business Blog | FT.com