The legal battles continue in court over drug patents and the big question today as to what is in a drug patent keeps arising.  With the focus today on getting affordable and generic medications to market, patents are being challenged all over.  As an example, Merck is also in court with Teva with Singulair.  This is only one

example and there are many more.  Now that we have the Jupiter report for and the recent FDA recommendations related to Crestor, cholesterol drugs are at the forefront.

Merck and Teva Go to Court over Singulair Going Generic

As mentioned above, Teva a large generic drug manufacturer from Israel is also battling Amgen too and is under review at the FDA. Teva has also produced some of their own drugs.

Here’s one other Merck case worth the mention.  Amgen is a longstanding biotech drug company in the Los Angeles area focusing on Oncology related products.

With the world changing today, the current business model for patents needs to include digital information.  If you have ever read one of these, it’s long, confusing and very technical.

You can also thank Merck too for the monitor you are using to read this article as Merck is also the world’s largest manufacturer of chemicals used in computer monitors too!  Merck has also joined the rank in purchasing a bio similar drug company, the generic equivalent in biotech to generic drugs.

You can see just by looking at the few examples here the world of pharma is going through some major changes and of course projected revenue comes from patent protections, how long sometimes it appears is up in the air today with the many cases tied up in court and this goes for all of pharma.  BD 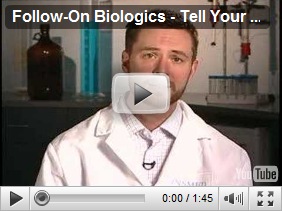 Merck just lost some patent protection on its Zetia cholesterol drug. A federal judge in Newark, New Jersey, invalidated several items that were added in 2002, when Schering-Plough (now owned by Merck) obtained a reissued patent. But US District Court Judge Jose Linares ruled the patent shouldn’t have been reissued because a valid and enforceable one already exists, The New Jersey Law Journal reports.

The ruling is a boost to Glenmark Pharmaceuticals, which is fighting a patent infringement lawsuit and wants FDA permission to sell a generic version of Zetia, which is one of Merck’s biggest-selling pills. As the legal newspaper points out, the financial stakes are high. Combined sales last year for Zetia and Vytorin, which includes Zetia and simvastatin, reached $4.3 billion. And Merck would like to sell a pill that combines Zetia and a generic version of Pfizer’s Lipitor.