I like to occasionally talk about Netflix here as they server to be a good example of gathering intelligence for entertainment; however, those same “learning” techniques could also be employed in healthcare.  Netflix does a good job with their algorithms to find out what people like.  If a pharma company used an algorithm that could learn some of this information rather than what has been used, they might be a few miles ahead.  I personally would like to know how many people like those suggestive “depression” commercials on TV – I hate them and they are boring and lend too much to the power of suggestion, but that is only me.  You can read a bit more about what Netflix does at the link below. 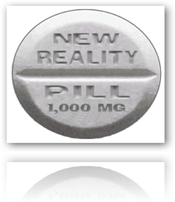 What’s Next for Healthcare Algorithms? Netflix is Working on Their Algorithms To Keep You Happy

Netflix has invested in new technology from the start and has not played a waiting game here either.  I go back a few years ago to a Microsoft TechNet conference I attended, thinking oh boy one more new server and about half way through I had a big awakening and there were lots of items mentioned that got my attention relative to their use of Server 2008 and baked in virtual operating system, bandwidth with 64 bit and some configurations.

We are certainly talking about robotic software use here and something that has been used to a large degree on Wall Street too, look at the profits.  Vanderbilt Medical Center is mentioned here too with their algorithms that “learn” and notify with the onset of “Sepsis”, which kills many people every year but the algorithms have learned and serve to notify clinicians with onset almost immediately.  Life is becoming one big algorithm and why, it’s ours and the computer’s learning and information processes.   We have defined curiosity to intelligence too and that leads to new drug development and many other new technologies that are rapidly becoming part of every day life.

The Link between intelligence and Curiosity Has Been Defined

Is this to say that if a patient ranked a drug that worked for them that an algorithm would and could suggest another similar drug?  It certainly could but I also understand that in the area of pharmaceutical drugs this is also some unknown territory here as if you were a company with a popular drug you would fair well;

however if the public didn’t rank your drug high enough, it could be seen as detrimental too. On the other hand too, what’s to stop a generic drug from slipping in there and due to cost, there would be a loss on the name brand.  These are things that need to be considered too.

Strictly from a scientific standpoint this type of algorithm would offer some great insight and as health insurance companies and others keep digging away at compliance they would not only know what is being prescribed and working for patients, but add in what patient “like” and feel is what they would suggest as working for them as well.  This is kind of unique here combining actual scientific data with what patients like and combining the scientific data on what molecules are working to give consumers other alternative drugs at the same time.  BD

Drug companies could save millions on research by employing a mathematical strategy akin to the one Netflix uses to suggest movies you’ll love.

Scientists have developed an algorithm that ranks chemical compounds based on their potential drug activity. The new technique, reported online in the Journal of Chemical Information and Modeling, outperforms current computational methods that seek therapeutic needles in enormous chemical haystacks. 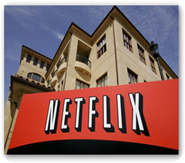 Many researchers are turning to computers for help sorting through the millions of molecules in chemical libraries. Machine-learning techniques, which train computers with known solutions to a problem so it can then seek novel solutions on its own, can help researchers focus on the small number of really promising molecules, says Cynthia Rudin, an MIT expert in machine learning who was not involved with the research.

Such learning methods are used by outfits such as Netflix, where users rate how much they like a movie, and the computer uses that information to suggest others of the same ilk.

The researchers began with five data sets, each of which had 50 compounds of known therapeutic activity buried among 2,092 inactive molecules. Half of these molecules were used to train the algorithm, by feeding it chemical information such as bond length, molecular weight, and which parts of the molecule have electrical charge. After being told which 25 of the 1,046 training compounds were winners for each data set, the algorithm had to figure out how to weigh all of the chemical information in order to find the other 25 promising compounds.

The technique outperformed, albeit modestly, standard algorithms that had scoured the same data. But this is just the beginning, says Agarwal. She and her colleagues are developing other ranking algorithms that really focus on ranking the best as the best. “It could really help pinpoint compounds,” she says.