In view of the new healthcare reform, we are seeing some resistance from some states and even seeing states enacting some strange and different laws, again relating to healthcare reform.  An example below shows that 2 states have jumped in to create laws that will protect citizens from being “chipped” with their 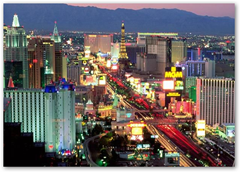 healthcare information, not something currently on the horizon, but based on citizen worries and complaints in this area, it was addressed.

Georgia and Virginia Pass “Anti-Chipping” Laws Citing Signs of the Anti-Christ? Confusion On Healthcare Reform at the Heart of the Issue With Devices That Report Data

There’s a lot of emerging technologies that may not have been addressed here with reform as well.

Back on track, Nevada is also one of the states where competition for health insurance due to mergers and acquisitions is limited and thus so the worry of price fixing and premiums charged is at heart.  One plan offered in Nevada was suspended by Medicare earlier this year.

Back in 2007 the acquisition of Sierra Health by United Healthcare put them in the driver’s seat with a large holding of insurers in that state, so a lack of competition has been on the minds of many residents in that state, not to mention hard economic times that have hit.

As the Governor from Nevada put it:

CARSON CITY, Nev. -- Nevada will opt out of operating a high-risk pool for uninsurable residents and instead delegate that task to the federal government, Gov. Jim Gibbons said Wednesday.

In a letter to U.S. Health and Human Services Secretary Kathleen Sebelius, Gibbons said the estimated $61 million Nevada would receive to implement the pool under the recently signed federal health reform bill would be "grossly inadequate" to serve as many as 100,000 people who may be eligible.