Home » Insurance » Medically Related » Technology » My Algorithm Didn’t Do That, Did It? Is There a “Department of Algorithms” in Our Future?

My Algorithm Didn’t Do That, Did It? Is There a “Department of Algorithms” in Our Future?

If you read the Medical Quack you see that word smack dab in the middle of the site, it has been there for about a year now and I did that to bring an awareness about how healthcare and the financial world uses formulas for profit and measurements.  It’s been going on for years.  There are also 3rd parties used by insurance 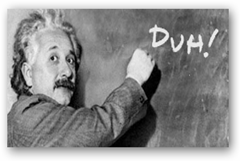 companies to provide such business intelligence too, so who’ algorithm was it might be the next question we hear.  Here’s a large firm here in Newport Beach that provides business intelligence services to payers and also had joined the PHR ranks with additional services for the insured.  One of their sources is Ingenix data analysis services among a few others.  They are all doing this in other words.

You and your claims have been scored for quite a while now, nothing new here and the possibility of false positives as with any data is always there.  Here’s a California Senior’s HMO that uses their services and this is done to audit claims for proper coding too so payments can be made.

It’s not so much the algorithm that is run, but rather how one uses it.

What decisions were created with the information supplied, there will be tons more of this coming up with transparency even outside of healthcare, like maybe Wall Street too.  Ask any broker and they will tell you “it’s all about those algos”.

We work very hard on the clinical side to ensure accurate and life saving technologies, but yet we don’t seem to have a handle on the payment side as far as either certifying or auditing for accuracy.  Again as I mentioned in another post, give this some thought when you fill out your under payment claims on the Ingenix settlement, food for thought here.

There’s no law prohibiting querying and finding out this type of information out there and some of the supply end of this makes big money too. Again, it’s what decisions that are made with the information provided that counts, as it effects human lives.  I thank Reuter too for making “algorithms” a socially accepted word in healthcare reporting too.

If you have not read about this yet, “behavioral underwriting” is the new rage for predicting how much you will cost with your healthcare and to get a further understanding biometric monitoring is entering the picture.  Blue Cross has a contract as stated below with Red Brick, who uses Ingenix data analytics for the some of the services they offer.  See any circular connections here?  Insurers are investing in this all the way around for the data and intelligence, so they have “machine gun” data and we have some “swords and daggers” to try to figure out (grin).

Again I write about this to hopefully bring an awareness around as to the “data mechanics” of some of this so consumers might have a better understanding of how all of this comes together, since products and services are and will be offered based on analytic business intelligence that is used and queried.  BD

A Reuters article claiming that Wellpoint subsidiaries used a computer algorithm to cancel the insurance policies of breast cancer patients sparked a sharp rebuke from the Secretary of Health and Human Services last Friday, and left the insurance giant aggressively defending its public image.

The original report alleged that Wellpoint software targeted breast cancer patients for fraud investigations in order to find a pretext for dropping their policies. Although Reuters provided three examples of women who had lost their insurance shortly after a breast cancer diagnosis, the article was later corrected when it was revealed that one of the patients wasn't a Wellpoint customer.

However, Braly responded with her own letter, arguing that the Reuters report was inaccurate. Wellpoint claims its algorithm never targeted breast cancer patients specifically for coverage cancellation, saying "such software is used to look at a series of diagnostic codes meant to capture conditions that applicants would likely have known about at the time they applied for coverage."

Although the recently passed healthcare reform legislation will eventually ban rescissions, it remains to be seen how the ban will be enforced, and the recent bad press could affect the ultimate outcome. While insurers will still be able to defend against legitimate cases of fraud, some reform proponents are concerned that the loophole will allow insurers to effectively skirt the ban by liberally applying the fraud label.