We keep hearing about how some doctors might drop Medicare, well in this instances Humana is doing

the dumping with Advantage Plan contracted physicians.  The company responded that this is quite normal that they add and drop providers all the time!

What is happening here is much like what is going on in California with capitation HMO patients, limiting.  There’s plenty of room for improvement all over but why is it that always the wrong doctors and wrong patients get hit, and not those who are inflating the system with additional care that just generates revenue.

We see that even with fraud investigations today too as the crooks bill better, thus with electronic systems they look like they know what they are doing and in essence the average doctor looks worse when it comes to reporting compliance.  Take a look at a case in San Diego where several dermatologists were audited and they are now tied up in court, false positives maybe?

These were “real” practices seeing “real” patients that were smacked out of business within 5 days from all their carriers based on “fraud algorithms” run against claims and in the meantime there’ probably just as many crooks making money dotting the i’s and crossing the t’s correctly and collecting big dollars.

Why don’t we go after those folks (crooks) first as there’s plenty of them out there?  They might be harder to identify for one with algorithmic formulas.

The crooks do not see patients and thus have one focus – fraud.  Maybe these doctors are lucky as they are being served notice instead of some algorithms 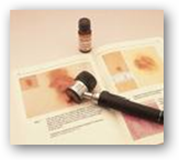 determining they are not profitable or have the potential claims that are “scored” towards “potential fraud”?  When dealing with data it’s easier to focus on mistakes rather than the crooks who do everything correct in the “algorithm scoring” department.

So here we have doctors that are trying to do the right thing, but with one run of the algorithms on what they cost the insurance company, out they go, even before they can make a decision themselves to determine if they want to drop out – decision is made for them.

Again, company executives said “this is nothing unusual”; however when you are the physician relying on reimbursement to feed your family or a patient needing care who has gone to the provider for a short or long period of time, it is very “unusual” and really just drives that big stake of “mistrust” even further into the ground so both patients and physicians will continue to feel they cannot trust insurance carriers.  BD

Medicare HMOs are going to be the focus of changes in the new health care reform law that was passed March 21. But even before the law's effects have started trickling in, Possick was informed that he will be dropped from the Humana HMO's network on May 30.

He's one of at least four Volusia County dermatologists getting the heave-ho from the network, along with a number of other specialists, as Humana goes to a new model of delivering care to 24,000 Medicare HMO members in its Volusia/Flagler market.

Hallstrom, who has belonged to Humana's Medicare HMO for 15 years, said he's appalled, particularly since the first "dermatologist" he went to -- who will be remaining in the network -- is not a certified dermatology specialist but a family practice physician.

Humana spokesman Mitch Lubitz said the company adds and drops physicians and specialists periodically to provide more consistent quality of care at lower costs for its members. He said this year is nothing unusual. He declined to provide the list of doctors being dropped.

"Capitated" means those specialists who take the Medicare HMO have agreed to a pre-fixed, per-patient price, regardless of what procedures the insured need. Doctors get paid the per-patient price even when the insured patient doesn't come in for service. Possick said limiting the network to "capitated" physicians makes it impossible for solo practitioners like him to participate and puts the wrong incentive into the mix.

There's ample evidence that the government's money has been plumping the bottom line for these insurance companies. Medicare Advantage programs, such as Humana's, are getting on average 114 percent of what the government pays for traditional Medicare, according to the Centers for Medicare and Medicaid.