Former FDA Commissioner, Donald Kennedy States We Should Stop Medicating the Cows with Antibiotics as Preventive Care – Use Only When Needed Compounding Human Resistance

This is not to say that a sick cow would not be treated, but don’t put the medication in the food to treat like a vaccine.  We eat the meat from cows and thus what are we absorbing in this effort.  The case of big business states that by giving the cows antibiotics it keeps them healthier and less sick animals.  Well guess what the 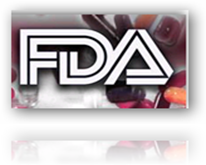 cows are experiencing some of the same issues we have, so do you start giving them stronger antibiotics too?  It’s a vicious circle and comes back around to the solution of eating a little expense here with a few cows getting sick now and then.

We all read in the news all the time about the infections getting stronger and more difficult to fight.  This is an ongoing battle too with chickens.  BD

NOW that Congress has pushed through its complicated legislation to reform the health insurance system, it could take one more simple step to protect the health of all Americans. This one wouldn’t raise any taxes or make any further changes to our health insurance system, so it could be quickly passed by Congress with an outpouring of bipartisan support. Or could it?

More than 30 years ago, when I was commissioner of the United States Food and Drug Administration, we proposed eliminating the use of penicillin and two other antibiotics to promote growth in animals raised for food. When agribusiness interests persuaded Congress not to approve that regulation, we saw firsthand how strong politics can trump wise policy and good science.

In 2005, one class of antibiotics, fluoroquinolones, was banned in the production of poultry in the United States. But the total number of antibiotics used in agriculture is continuing to grow. According to the Union of Concerned Scientists, 70 percent of this use is in animals that are healthy but are vulnerable to transmissible diseases because they live in crowded and unsanitary conditions.

In testimony to Congress last summer, Joshua Sharfstein, the principal deputy commissioner of the F.D.A., estimated that 90,000 Americans die each year from bacterial infections they acquire in hospitals. About 70 percent of those infections are caused by bacteria that are resistant to at least one powerful antibiotic.