The trial program is slated to begin in August of this year.  Charges for the procedures are all over the ladder here with different hospitals and doctors.  No word yet as to how much the charges will be but I’m sure there will be more in the press as this develops.  One thing that doesn’t change though is you still have to code it 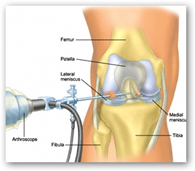 right to get reimbursed.

Medicare has begun testing the waters here in a few other states too with “bundled” pricing.  Doctor bills, X-rays, the device and the hospital care are the elements to be combined and cover a 90 day period.  On some cases there may be profit while on others there may not be any if complications arise as an example.  The insurance companies seem to like it and 4 of them are on board.   I might guess too the type of knee or hip, in other words the device brand used might enter the picture with pricing as well so maybe it might be tiered when everything gets finalized.

One item that of course is a big plus here is knowing up front what the cost will be instead of a surprise when everything gets tallied together.  This is perhaps something maybe learned from what the medical tourism groups are doing.  When I attended the conference in Los Angeles last year, almost every booth I stopped at could openly either show or tell me what charges were up front for many common surgical procedures.

When I spoke in depth with Professor Dr. Horst Kunhardt, Department of Business Informatics, University of App. Sc. Deggendorf in Germany, we compared notes and surprisingly in several areas the cost in Germany was not too far behind what a round figure cost would be in the US, except it was less as travel costs were included.  I learned a lot at the conference to include talking a short while to Cedar Sinai too about their interests in the Philippines and coordinating patient travel both ways.  Many US hospitals either have or are acquiring international partners or affiliations.  BD

In one closely watched test beginning in August, several of California's best-known healthcare providers — including Cedars-Sinai Medical Center, the UCLA Health System and Hoag Memorial Hospital Presbyterian in Newport Beach — will begin charging lump-sum fees for hip and knee replacements.
That's a radical departure from the traditional practice of hospitals and doctors charging separately for 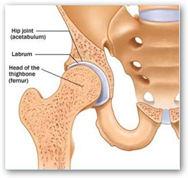 their services, a fragmented system that drives up costs while leaving no one to coordinate decisions about patient care.
Leading experts say the California experiment and others like it nationwide offer a glimpse into the future of healthcare spending.

Doctor bills, X-rays, artificial joints, tests and hospital care are among the fees that will be wrapped together for commercially insured patients who would otherwise be charged for each service. The single charge will vary from hospital to hospital based on the fee each negotiates.
Under the new approach, hospitals and doctors say they expect to share in savings when patients recover promptly, while bearing the risk of additional expenses when complications arise.
"We want to innovate," said Dr. Richard Afable, chief executive of Orange County's Hoag Memorial. "This is not about making money. It's about how we align financial arrangements so we can get the best outcomes for patients while reducing costs for all involved."

So far, four California insurance companies have signed up for the new experiment — Aetna, Blue Shield of California, CIGNA and HealthNet.
"There is the potential to take out unnecessary administrative costs that burden us and providers," said David Joyner, a Blue Shield senior vice president.