A little over a week ago the increases in premiums were still on and now it appears there has been a reprieve, how long we don’t know but Blue Cross said everyone would get adequate notice of their increased rates.  A bit of publicity on the breast cancer algorithm might have added to the publicity already out there.  You can 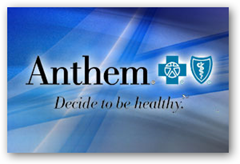 disregard what was advised in my prior post here as things have changed as far as being notified.

Also relative is the need for clarification on how the loss ratios are calculated as Blue Cross also made the news with changing some of their accounting procedures, moving some considered administrative functions over to actual healthcare functions.

Health Insurance Medical Loss Ratios – How Will The Definitions Between Healthcare, Other Administrative Costs and Profits Be Spelled Out – May Need Some Algorithms to Figure It Out

If you look at Blue Cross venture capital investments in items such as Phreesia tablets that are provided free of charge to doctors to help with data input, and they are supported by ads, is this VC venture administrative or healthcare, do premiums go towards VC efforts, just a question to ponder.

For now many get one more extension on the hike with premiums, how long we don’t know yet until the new underwriting provisions kick in for the increase.  BD

Thousands of Anthem Blue Cross policyholders who faced steep rate hikes on May 1 will get at least a temporary reprieve, as California’s largest for-profit health insurer extends a two-month postponement prompted by public outrage over the proposed increases.

But there was no word from the insurance company how long this new delay will be.

Anxious policyholders have been waiting to hear from the Woodland Hills company about a jump in their premiums of as much as 39%. A spokeswoman for Anthem’s parent, WellPoint Inc., said this week that the insurer’s 800,000 California members who buy individual policies will see no difference in their bills at this point.

“They should not experience a rate change beginning May 1st,” said Kristin Binns. “Members will receive adequate notification of any rate change. Until they receive information indicating otherwise, rates remain unchanged.”