Back in December insurers were looking at the procedure which is less invasive for the patient and allows for less time in the hospital and a faster recovery and it appears now that NuVasive has made some read headway here.

Because the procedure is less disruptive than conventional posterior or anterior surgery, most patients are able to get up and walk around within a day of the surgery. In general, XLIF surgery results in faster recovery and return to normal activities.”

Back surgery is a serious issue and this procedure certainly deserves a look.  As you can read below you can see the turn around with the health insurers and how it was marked “investigational” as far as paying for patients claims at the algorithms showed the procedure right away as it is an expensive procedure.

Below is a chart from the company website that compares hospital say and recovery comparisons. 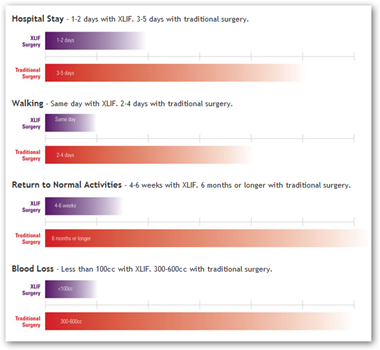 You can visit the website to find out more as a consumer or healthcare professional.  BD

When a couple major private insurers, Aetna and UnitedHealth, publicly stated last year they wanted to see more evidence that the NuVasive system was as good as advertised, spinal surgeons and patients leapt to the company’s defense. The insurers backed off within six months and said they would go back to reimbursing the product. Walton, who suffered from excruciating back pain for years, recently told a Union-Tribune sports columnist that “I’m getting back into the game of life,” after he had the NuVasive surgery done.

The patient typically can expect to stay in the hospital three to five days, start walking again after two to four days, and return to normal activities in about six months. 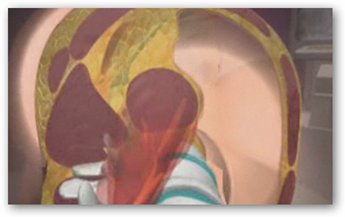 The NuVasive approach is all about avoiding the front or the back with all those anatomical obstacles. Instead, the company’s technology allows a doctor get to the spine by instead going through the patient’s side.

Back in July 2006, NuVasive thought it had done what it needed to do by winning the blessing of the North American Spine Society, which declared this procedure should be reimbursed under existing codes that insurers use to keep track of reimbursable techniques. But as NuVasive’s technique started to catch on in popularity—alarm bells started going off at insurers. Cigna was the first to declare that NuVasive’s procedure was “investigational—” meaning unproven, and therefore not automatically subject to reimbursement. Humana followed suit, as did Aetna and UnitedHealth. Part of it was because the term for the procedure, Xlif, is a marketing term coined by NuVasive, not something in the medical literature, so insurers wondered why they were paying so much for this new thing, Williams says. They wanted to see evidence that the procedure was working, he says. 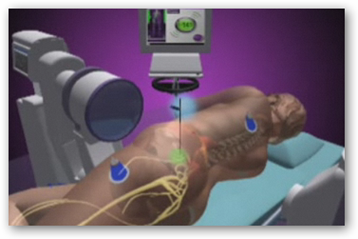 “The insurance company business model is to collect cash, sit on it, and get paid interest. If they don’t have to pay out money, that’s a good thing for them. Spine fusion is an expensive procedure, there’s no doubt about it,” Williams says. “As they start seeing a higher volume, and couple that a high payout per procedure, it starts to get their attention pretty quickly.” 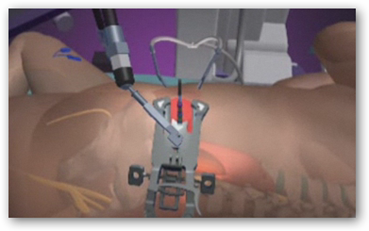 With the help of spine surgeons and patient advocates, NuVasive was able to win over the people at Aetna and UnitedHealth to drop the “investigational” black mark from the Xlif procedure and return to business as usual. Those insurers are vital to NuVasive’s business, since most back surgery patients are between ages 45 and 60, and an estimated 60 percent get their procedures paid for by private insurance (another 20 percent are Medicare patients, and the rest are covered by worker’s compensation)