Finally some headway on this long battled process which has cancelled policies when patients became ill and needed coverage the most.  Kaiser Permanente stopped 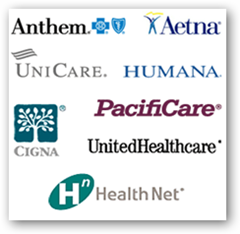 the process back in 2006, so others are following in this process.  Once again it appears the non profit sector is a bit ahead of the game here and listens to consumer issues and it took a few more years, some additional publicity before others joined in the process.  As mentioned in this article “fraud” control is the reason for running the algorithms to find information.  When substantiating the reason being “fraud” information is secured in the pursuit of finding those who may be defrauding the system and we need this by all means, but when the information is reported, what other decisions does it lead to?   The word will still be the basis for securing other information relative to claims.

This is somewhat similar I think as to what happened yesterday on Capitol Hill with Goldman Sachs being nailed on “ethics” with the Senators asking why do you loan money and turn around and bet against it was the big question?  Do you give money to a business and then tell them it’s a “shitty deal” and then make money wagering against the company efforts?

Do the auditing folks looking for fraud tell you that we are going to help recover your money with finding the culprits who are defrauding the system and then yet they are going to also find those (your employees and other insured consumers) who cost you money and “score” those patients and resolve that by cutting the cost?  If one was an employer, the same employees you may be trying to insure can get “flagged” or “scored” as the bad guys too, so in essence with using the word “fraud” somewhat loosely here, insurers are somewhat using the same principle with some non ethical decisions.

To play a little on the language of what was said at the Senate hearings yesterday, could it be now be set to the tune of “that person has shitty health” and over all we need to make money, again an abstract of comments but boils down to the same area of ethics, who and will you trust.  Or let’s say this another way, “providing care to those with “high algorithmic scores” that are going to need a lot of care is a “shitty deal”.  Again I hope I haven’t offended anyone here with the language here, but trying to use the analogy that we heard yesterday with ethics and how the profit engines sometimes call some unfavorable shots.  If those words were heard at the top level of our government, I hope it is ok at this little blog.

There are still some unethical issues floating around Wall Street relative to life insurance policies too with Dead Peasant life insurance policies and the “Human Hedge Funds” where investors bet against how long a “diseased” group of people is going to live and if the group lives too long, the investors lose money.  If you have not seen this one, check out the link below to make your hair stand on end.  How did banks come up with this one?   As was mentioned yesterday at the Senate hearings, insurance is very much a part of financial reform too.

WellPoint profits increased 51% it is reported today and I realize too it’s not a bottomless pit either with money, but the reason insurers profits are increasing is due to more financial responsibility being shifted to the consumer to pay with higher co-pays, deductibles or types of policies purchased.  At any rate it it a good deal to start seeing some of these practices hopefully on the way to better management and decisions that have some ethics.  We need some of that with healthcare insurance just as Wall Street needs it with their financial investments and client relationships.

In case you missed it, here’s a portion of the Senate testimony yesterday, “the shitty deal”.  BD 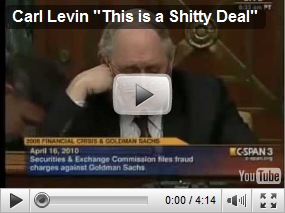 Stung by criticism and facing tougher federal regulation, two of the nation's largest health insurers say they will stop the practice of dropping sick policyholders.
The moves Tuesday by WellPoint Inc., the parent of Anthem Blue Cross of California, and Blue Shield of California follow action by Congress and the Obama administration to crack down on the practice known as rescission.
WellPoint Chief Executive Angela Braly said in a statement that the company's "goal is to make reform work for our members and for the country."

Insurers have defended rescissions, saying they were trying to stop fraud. But a series of Times articles, legislative hearings, lawsuits and regulatory investigations showed that insurers often rescinded without regard for whether their customers intended to deceive them about preexisting conditions on their applications for coverage.