This is not a new topic by any means as it has been in the news quite a bit about how Partners gets paid at higher rates than some of the other hospitals in the Boston area.  The link below is from last year, January 2009 for a little history.  One area of difference when comparing Massachusetts to California too is the fact that the insurers in Massachusetts are “non profits” where as they are “for profit” here in California. 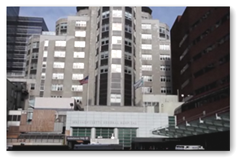 During the Madoff affair, several hospitals were hit in the pocket book there as well, with either investments or sources of donations and philanthropy dwindling away.

This certainly seems to make a case here for making it easier for the consumer to find a hospital that can delivery the desired care without having to crunch a bunch of additional numbers.  We have a pilot program starting in southern California with several hospitals offering “lump sum” charges for knee and hip replacement surgery, perhaps another step in same direction here.  BD

The US Department of Justice has opened a civil investigation into possible anticompetitive behavior by Partners HealthCare System Inc., the region’s most powerful hospital and physician network.

Representatives of health insurance carriers Blue Cross and Blue Shield of Massachusetts, Harvard Pilgrim Health Care, and Tufts Health Plan confirmed that the Justice Department had asked them to turn over documents relating to their dealings with Partners. All said they plan to comply with the directive, formally known as a civil investigative demand. A fourth large state insurer, Fallon Community Health Plan based in Worcester, said it did not receive the Justice Department’s order.

Boston-based Partners has been under growing scrutiny because of its market power and ability to draw high prices from insurers. The company employs about 5,500 physicians and operates a half dozen smaller hospitals, in addition to their prestigious Harvard-affiliated Boston teaching hospitals, Mass. General and the Brigham.