In my book I thought my doctor should be doing this for me, ok so now’s who’s the doctor here?  Will the primary care doctor also be supplied this information as 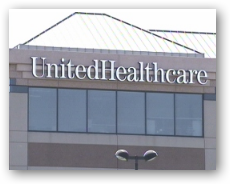 well as the patient as to what parameters were use to determine a patient is at risk?  What about a case of false positives?  When you work with data you get a fair amount of those too, so in this case even if it is a false positive, Walgreens and the YMCA still win with P4P.

Who’s doing the analysis services too, is it United or one of their wholly owned subsidiaries?  We want credible data and not a scare tactic that creates revenue pools where they didn’t exist before if this is going to drive up cost as someone has to get paid for the analysis transactions.  Again the part that somewhat bothers me here is where’s the doctor in all of this and maybe there’s not enough information released yet on the pilot program.  One other question too that arises here is the area of privacy too and will the YMCA and Walgreens be given the parameters that targets the patient to suggest the program from the claim records?  Again, I question as I look out and ask questions and never assume any more as sometimes we end up finding out things are different, we see that in the news almost every day in some form or another, healthcare or otherwise.

Will some of this begin to fall under what is called behavioral underwriting as well to attain additional “risk” projections?

Will such analyzed information be included and sent to the Medical Insurance Bureau too?  Sometimes the information in some of those files goes back years and patient fight like crazy to get it removed too, so again will an analysis showing “risk” become part of the file here?  These are just privacy issues and concerns that should be answered up front so people know what is being placed in a file up front and how it was determined that they are a “risk”.

I thought we already were paying doctors on pay for performance in this area so again how many need to be compensated for pay for performance to tend to a “risk” matter and shouldn’t the pharmacist and doctor be partners?   As I read this article, it is “risk” and not a confirmed case of diabetes so I just want to know what constitutes “risk” and what algorithms and what parameters are specified to attain this.  BD

The program, which will be announced Wednesday at the CDC Diabetes Conference in Kansas City, Mo., will have two parts, says Tom Beauregard, executive vice president of UnitedHealth and executive director of the UnitedHealth Center for Health Reform and Modernization. The prevention arm will use UnitedHealth claims data and other demographic information to flag people at risk of developing diabetes and invite them to a free, 16-session exercise and nutrition class at a local YMCA. They’ll have monthly follow-up after the class is over, and instructors will be paid bonuses if participants meet certain modest weight-loss goals.

The control part of the program will be administered with Walgreens. Participants who already have diabetes will receive a 45-minute assessment and then other health-care coaching sessions, covering both medical and lifestyle management, says Colin Watts, chief innovation officer at Walgreens.

He said UnitedHealth would pay the YMCA around $300 for someone who completed the program and it could rise to $500 for someone who met weight-loss goals. Neither he nor Watts would disclose the reimbursements to Walgreens, but Watts says it includes a strong pay-for-performance element.