This article from the BBC is brilliance in my opinion as it goes along with what I somewhat preach and that is finding “value”.  In today’s world there’s a lot of struggle going with “value” in many areas and healthcare in my opinion is right up there at the top of the ladder.  I believe I cross over into many areas here 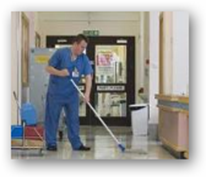 with this blog interacting from the absolute geeks that see value in every new piece of software that is written for example. I am so tired of reading about “new apps” right now I could scream.  I am not saying they are not good by any means but there’s a glut out there.  I have said the same thing about medical record software too.

The problem with too much software is that at the bottom line, all of it needs to come together on common ground and communicate with all, and we don’t have that and this is why we have “data aggregators” to try and make this work.  The aggregators too have full plates as just as soon as they get a few programs in the grind, tomorrow there’s 10 more new ones popping up.  Like I said, we have a “glut” and it is over done and secondly think about the consultants like yours truly here that has to help offer support here – it’s a big nightmare.

As a patient or a doctor in a hospital, do we see value in having clean beds, floors, etc, of course we do.  As a doctor or patient do we see value and for that matter “comprehend and understand” each new algorithm or program that comes out for use in healthcare – a big no – and I’m sure those in Health IT will agree with me along this line.  Not too long ago one hospital CIO made the comment that he is doing more outside the area of just general CIO responsibilities today as the information overload along with gluts of software and choices is over whelming.  This has nothing to do with his ability, but rather someone who is honest enough to tell it like it is.

The elite bankers world all revolves around money making algorithms and the general public has no clue on what they are, so do they see 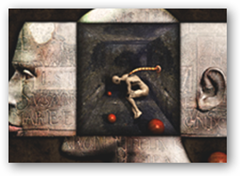 value?  I think it’s hard to comprehend value when you don’t understand what is being discussed and it’s dangerous too as that is what is running the decision making processes today.  Some algorithms make for stupid decisions too.  Advertising executives are also on the list of little or no value, why?  Everybody does not understand what they are doing and for that matter neither do a lot of those executives.  I get emails that are marketing “algorithms” from the same party, same stuff and they can’t even get it together enough to acknowledge an answer I send.  It’s that bad and I see it in my email all the time.  Also I dig deep to see what is “value” with what is sent and what is “marketing” with someone just wanting a free plug.

If something has what I believe is value, I post it and for those wanting a “free” plug they get referred to my advertising page, that is if I think their products have value and are related, otherwise my blog would look as bad as some of the others out there as I am not here to market but hopefully provide some interesting information that’s worth reading and some commentaries that may be unique to what else is out there on the web.  I look at things through 2 different view points of marketing and computer coding algorithms which is a strange combination and I’m only that way because I have done both, so hopefully what comes out here is a “hybrid” view that encompasses more of a big picture, and that is my intention.

If I see value, it’s get on the Quack!  Now back on track here, this study takes a common entity that everyone can see as “value”.  Technology has value too but only to those who understand it and thus again here’s the call for digital and Health IT consumer literacy and we can do without all the stories that pick on the general public for this fact and we can certainly use some role models to help guide consumers and not people like this:

This is what we get at the link below, someone defying the rules that are for everyone because in his own mind he’s more important than anyone else out there.  Who needs more role models like this?  Hospital workers definitely have more value than this Congressman in my opinion as there’s no value in what he was doing by defying rules and laws and his lack of technology literacy was definitely out there for all to hear and perhaps some day he might learn to “get over himself” and become a real team player.  We need those today more thane ever, and hospital cleaners do work as a team, and again there we have real value.  BD 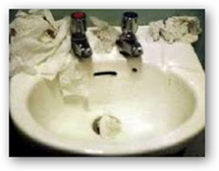 Hospital cleaners are worth more to society than bankers, a study suggests.

The research, carried out by think tank the New Economics Foundation, says hospital cleaners create £10 of value for every £1 they are paid.

It claims bankers are a drain on the country because of the damage they caused to the global economy.

They reportedly destroy £7 of value for every £1 they earn. Meanwhile, senior advertising executives are said to "create stress".

A total of six different jobs were analyzed to assess their overall value. These are the study's main findings:

"Both for families and society as a whole, looking after children could not be more important. As well as providing a valuable service for families, they release earnings potential by allowing parents to continue working. For every pound they are paid they generate up to £9.50 worth of benefits to society."

"Play a vital role in the workings of healthcare facilities. They not only clean hospitals and maintain hygiene standards but also contribute to wider health outcomes. For every pound paid, over £10 in social value is created."

The industry "encourages high spending and indebtedness. It can create insatiable aspirations, fuelling feelings of dissatisfaction, inadequacy and stress. For a salary of between £50,000 and £12m top advertising executives destroy £11 of value for every pound in value they generate".

"Every pound that a tax accountant saves a client is a pound which otherwise would have gone to HM Revenue. For a salary of between £75,000 and £200,000, tax accountants destroy £47 in value, for every pound they generate."

"Do a range of different jobs that relate to processing and preventing waste and promoting recycling. Carbon emissions are significantly reduced. There is also a value in reusing goods. For every pound of value spent on wages, £12 of value is generated for society."

BBC News - Cleaners 'worth more to society' than bankers – study