Home » Insurance » Medically Related » My Commentaries » House Members Requesting Bid Details of CMS Durable Equipment Program–Is This The Beginning of a Large Fulfillment House Operation With a Slew of New Algorithms In Order to Fulfill Contracts And Maybe Leading To Some Unintentional Consequences?

House Members Requesting Bid Details of CMS Durable Equipment Program–Is This The Beginning of a Large Fulfillment House Operation With a Slew of New Algorithms In Order to Fulfill Contracts And Maybe Leading To Some Unintentional Consequences?

We all have so much on our plates today and perhaps some in the House could entertain some additional multi tasking training, kind of like what the rest of us do 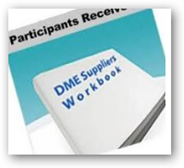 everyday.  This actually is a heated deal though as we all know that when we consolidate and give out contracts and limit the number of providers with durable equipment, we expect to get some price breaks.  That is just standard business operating procedures as they have been for years.

Now where this gets sticky is the ability of those who win the contracts to be able to cover and provide all the durable equipment prescribed.  We have a lot of rural areas here in the US and with some changes here I am thinking that some equipment will enter the “mail order” side of the business as everyone can’t be everywhere.   This also leaves an open door for major contract winners to create sub contractors an some of which may be providers today, so in essence current day contractors could become subcontractors at a cheaper rate.  The patient still gets their products whether it is a wheelchair or oxygen tank or whatever, but in essence by combining all of this into a few major contracts, we are pretty much just shifting the money around if you will to save money.

So now we reach a point of figuring out “is this a good idea” to limit suppliers down to a few big behemoths and end up with the same people as subcontractors supplying the prescribed equipment?  Again, some items will become mail order that were perhaps available as being picked up before if it is possible for that type of item, but the smaller folks will become subcontractors at a lesser rate and it may drive them out of business too.  We have to look at all sides here and not just the bottom line 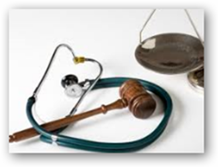 dollar.  Now if all suppliers had exactly the same charges and the tracking should improve here with requiring the doctors NPI number when that comes into effect , would we be in a better place and would patients be assured that their needs would be met with the equipment they need.

In addition, with the big behemoth concept this allows for such companies to open up new levels of importing merchandise that is perhaps presently made here in the US too, so we would also see what is called “fulfillment centers” popping up all over so imported equipment would be available.  Fulfillment centers are nothing new and you may or may not be aware of them, but if you have ordered anything on line or received documents via a parcel carrier, there’s a good chance this was outsourced to a fulfillment house.  I spent many years in logistics and fulfillment houses are nothing new.

Sometimes today we might need to think through these entire processes in the quest to save money as with this example you may end up with some unintentional consequences as I outlined above, so a bid situation without some additional structure and business models in place could end up costing us suppliers and of course the patient would suffer in the end 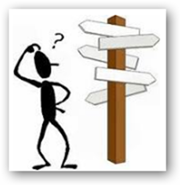 with delays and more red tape.

REMEMBER TODAY WITH EVERY CONTRACT THE FIRST STOP AFTER AN AWARD IS THE DATA AND IT DEPARTMENTS TO PUT ALL OF THIS INTO ACTION, IT’S THE WAY THE WORLD WORKS TODAY.

AWARDING BIG CONTRACTS AS SUCH REQUIRE A TON OF NEW ALGORITHMS.

This is one of the reasons I harp on this all the time is that we are living in a changed world and making laws without addressing and researching all the IT processes that need to come together first ends up in a disaster and this is why we need people in Congress “that get it” and can lead their supportive staff in the right direction to get the information and projections ahead of time before passing new laws and restructuring what we have done in the past.  The government is in a spot and has to award contract as such as they do not have their own infrastructure and data bases as it has been given to private industry in past years, it is what it is.  This is why we have the current move with open source coding with the current administration to get it going.

I post items here for discussion and pose questions and at the link below someone was kind enough to add some input here on basically describing how one big Medicare contractor is a subsidiary of WellPoint.  Read the comments on this post

that an anonymous reader was nice enough to supply, as all of this is an eye opening experience that perhaps you may not be aware of as far as who own who and does what.  This contractor received an award from CMS, but in essence in just trying to follow the money flow, it appears in actuality WellPoint received a big contract – subsidiary watch.  With mergers and acquisitions today, it’s a “must know” situation with subsidiaries so we can stay on top of conflict of interest and ethics questions for sure.

I grow so very tired of all the politics and lame statements we hear today that don’t have the foresight to address this side of the coin.  Congress, CEOs, etc. are becoming far less important today with public statements and missions and once you have heard one and all the bickering that goes on, you’ve heard them all, again with most of the rhetoric lacking true projections and intelligence planning.

I look at what happens, in other words the algorithms and the data trails that make things happen for the consumer, not someone speaking with a blow horn today for the sake of gathering attention for themselves, which is where we need to be.

Putting such algorithms in place can have some unintentional consequences as today we are reading about this all the time, it’s in our daily dose.  BD

More than 130 House lawmakers have asked the Obama administration this month to announce the winners of Medicare's durable medical equipment (DME) competitive bidding program — a month ahead of schedule.

"Without knowing the identity as well as the appropriate overall qualifications of these providers, we cannot evaluate the program's impact in terms of quality and access to care for seniors we represent," the lawmakers wrote in an Aug. 11 letter to Donald Berwick, head of the Centers for Medicare and Medicaid Services (CMS).