This week it was education in the news and we have the same thing in Healthcare too with the announcement of the most expensive public school slated to open in Los Angeles.  This facility is not alone and there are other such examples in the country.  Our governor was right up front about his comments on this as well saying it was almost embarrassing to see this when the school district itself has had to lay off teachers and is running in the red.  We see this too with hospitals and everyone has their corner of interest in what is needed. 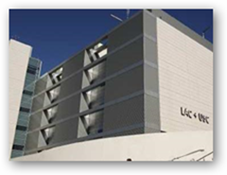 That’s the big question today, what is “really” needed and what “would be nice to have”.  All you have to do is watch the video and you get the idea.  We have a county hospital that was built and now is too small, again planning here and perhaps a lack of individuals making decision that don’t understand or comprehend the full impact of infrastructure and IT Technology.  It flat out does not make sense to see the healthcare of individuals suffer and yet have this big expensive school open.  The governor stated the money spent here could have been spread out  in a number of various ways so that more would have benefited.

In the LA district over 3000 teachers have been laid off in the last couple years.  Here’s a couple more links from the last couple of years with some City plans with having to educate new nurses in Mexico.  It does not make sense and once again we need people in positions of leadership that can understand how one decision touches another today to get the big picture, on other words use business

Bordering on a solution - Nurses from Mexico

Overall this shows a lack of skills to really look at the entire impact and we end up once again with the unintended consequences and people look stupid to put it bluntly.  Is it any wonder that teachers and nurses are frustrated and angry when they see the system suffering with lay offs and working short handed?

We hear the old story that the money was no available in the budget; ;however when looking at other areas there could be money available and not being used so again with business intelligence and the ability to shift money in the proper directions for best use and benefit, we need those folks who understand the concept of business intelligence and what it can do to avoid more of these types of situations with better use of taxpayer and other funds.  States need to work with counties, counties with cities and so on to maximize where the money goes.  BD

The most expensive public high school in the nation's history will open its doors to students next month in Los Angeles, but critics say the $578 million school is already teaching a lesson on wasteful spending.

The money troubles come on top of the district's serious academic shortfalls. With a dropout rate upwards of 35 percent, LA Unified is one of the lowest-performing school districts in America.