The products look like a great way and technology for helping wounds heal faster, although if the FDA reports are correct, we don’t want the devices falling apart

during use.  According to the website, their technology is used for cardiac surgery as well as urology and a few other specialty areas.

One more time, bar codes to scan and find the devices that were recalled within the last couple months with cell phones would really be helpful here. 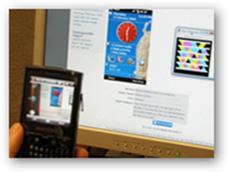 Some hospitals have used RFID to work with getting recalled devices off of the hospital shelves and this is great, but what about those who have not, and furthermore, what about the consumers and/or patients.  For instance I could be looking for new safety information about an over the counter drug that has been on the news, while someone else who has an implanted heart device may be looking for something else, but one thing in common is that we both need access quickly.  BD

The Food & Drug Administration sent a warning letter to Starion Instruments Corp. after determining that the company failed to correctly report a series of malfunctions of its thermal ligating shears.

"We have reviewed your response and have concluded that it is inadequate because the devices were falling apart or breaking during normal use and this poses a risk to health," according to the warning letter.

The malfunctions occurred with Starion's TLS3 thermal ligating shears and TLS4 RealHand thermal seal device, according to the letter. The devices, which are used to cut and cauterize tissue during surgical procedures, were the subjects of a trio of Class II recalls in July and August. Class II recalls are for devices that have a lower chance of causing major injuries or death than devices in Class I recalls, but still present the possibility of adverse events with irreversible consequences.