The DePuy knee and hip systems have had their share of news coverage of late and now an official recall has been initiated. Just a few days ago the FDA issued a warning letter about some of the DePuy products not being marketed and utilized

A few months ago reports came out regarding failure rates on some of their units as well.  The system being recalled was initiated for use in 2004 so there’s quite a few of them out there and a statement released from DePuy said the company is committed to pay for costs of doctor visits, tests and any procedures associated with the recall so perhaps this statement leaves the door open for those patients who have had severe failure to purse and see what options are out there.

Perhaps with this purchase of a company in the UK, they have have a route to offer knee and hip replacements that stand to show better outcomes in the future too.

As usual, here’s my pitch for a system at the FDA for drug and device companies to use with such recalls too.  As of now go to the web and dig through all the information and see if you have been affected and find the relevant information.  Scanning with a cell phone would certainly be much more efficient to find the recalled items. 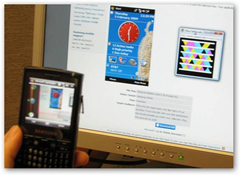 If you like this idea take a moment and cast your vote before leaving the site!  Over the counter recalls could be handled the same way and empower consumers with the real time information they need today when recalls are released.  BD

Johnson & Johnson's orthopedic-device unit is recalling hip replacement parts implanted in about 93,000 people world-wide because of a high rate of repeat surgeries needed, adding a new quality problem for the health-products company.

A Johnson & Johnson spokesman said Thursday the company is still evaluating the financial impact of the recall, which doesn't require patients to have implants removed. Instead, the company's DePuy Orthpaedics subsidiary advised patients with its ASR hip parts to visit their surgeons for evaluation of device performance. It also recommended yearly monitoring and said it plans to cover "reasonable and customary costs" linked to the recall