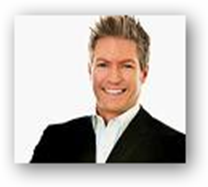 plastic surgery performed on Heidi Montag, the plastic surgery addict as news has portrayed her of late with so many procedures.  He was also the surgeon that cut her off stating that he would no longer perform any additional procedures.

His vehicle went off the side of the road while tweeting and the image contained here in was slated to be the last message sent before the car lost control and went off the road.  Just a couple weeks ago too a US Congressman felt he was so important as not to pull off the side of the road while doing a “live” radio interview and received a warning notice in the middle of the radio show, so we don’t have vey good role models at all and if he were in his own state when it happened, he would have received a ticket.  This is a big part of why citizens have such low opinions of public officials as we see very few examples and they defy laws themselves.

In essence here it’s sad the doctor lost his life this way and hopefully it will bring more attention to the fact that while driving we need to keep phones and other items that take our eyes off the road where they should be.  At add more to this topic, besides the President, we see little action there with role models in Congress and in the Administration either with safety or being examples themselves with healthcare information and mobility, and yet we get headlines like the link below and it somewhat appears that we just seem to be stuck with the paradigm below when it comes to those in positions of power and authority.  They want to make things “fun” in healthcare, but do they try out any of the “fun” themselves, not a chance.

Sad we lost the doctor with a needless death, but sometimes we need to get over ourselves and think about safety sometimes and multi tasking and where we are doing such as what happened in this tragic case where it cost the doctor his life.  BD

Dr. Frank Ryan, 50, a Beverly Hills plastic surgeon known for his Heidi Montag makeover and work on stars like Gene Simmons, Vince Neil, Adrianne Curry and Shauna Sand, was killed in a car accident yesterday afternoon.
TMZ reports that Ryan's jeep went off the side of the Pacific Coast Highway, smashing onto some rocks. "Lifeguards initially tried to help Ryan, to no avail," TMZ writes. Ryan was trapped in the vehicle with major head injuries; he died at the scene.