This was one of the headlines back in November of 2009 and it doesn’t look like it is getting a whole lot better, although Hawaii has the type of medical coverage we would all like to have on the mainland. 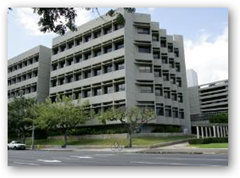 Patient satisfaction in Hawaii is high but it doesn’t fit the operating expenses.  BD

The Hawaii region of Kaiser Foundation Health Plan Inc. more than tripled its net loss over the previous year to $5.1 million in the second quarter, as revenue remained flat, expenses rose and investment income shrank, the company said.

The company said it will seek a rate increase next year.

"Kaiser Permanente anticipated the first half of 2010 would be tough economically with recovery coming slowly to our state, and we planned for the effects of continued job loss and its impact on revenue," said Thomas Risse, chief financial officer, in a prepared statement.

"Although Kaiser's losses increased in the second quarter, we hope with the continued improvement in the economy, they'll turn the corner and earn a profit in the third and fourth quarters," said Gordon Ito, state insurance commissioner. "Their losses are relatively moderate, and we hope the rate increases will be minimal, if any."

It is Hawaii's second-largest health insurer, following the Hawaii Medical Service Association, which dominates the market with 683,187 members.