Home » My Commentaries » Other Items of Interest » Privacy-New Ruling Gives The Government the Right to Track Your Every Move With GPS–Please “Elect Digital Literate Representatives” in Congress And Consider Adding This as a Pre-Requisite To Hold Office!

Privacy-New Ruling Gives The Government the Right to Track Your Every Move With GPS–Please “Elect Digital Literate Representatives” in Congress And Consider Adding This as a Pre-Requisite To Hold Office!

This is the kind of stuff that happens when we have “non participants’ or “dead heads” when it comes to technology making laws and supposedly looking out for citizens, they are oblivious. 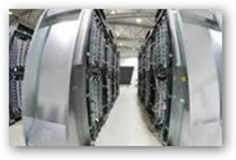 The only way to keep government snoopers out is to install locked gates, fences, etc. and the judges said only the rich will be able to afford this.  We live in the world of sensors and breaking technology every day and without laws on the books to protect citizens, those who want data go out and get it.  With 8 track minds in Congress we have nobody there to protect us with laws and this requires general consumer digital literacy.  Anyone holding an office in Congress or in the Administration today that does not have this basic knowledge should not be there, or go read up and learn.

Is this the new bonus of being an elected official to be able to continue to be a “technology luddite”?  How can people improve and have ideas on how to improve literacy if their own is not up to speed?  This is a big deal as without this, they can’t see value or understand.

Here’s another flamer with a reduction of funds in the wrong area, again they can’t see the value of how Cloud and Web services needing to work together.

After reading some of this is there any question why public opinion is so low? 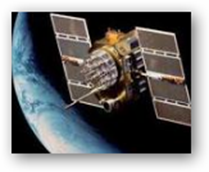 Here’s more….We are at the state of where the IT people and business intelligence needs to be fully explored today before making laws on a whim as we have all read in the news for the last couple years of what happens:  UNTINTENTIONAL CONSEQUENCES.

Some members were very upset over Google and their Street Views as they didn’t have enough sense and consumer IT knowledge to lock down their home networks!  This scare the daylights out of me to think the same folks are making laws without enough knowledge and education with how technology is impacting our lives today.

Long and short of all of this is that we have government officials that live in “tech denial” and don’t participate, so we get “Magpie” healthcare, repeating the same things over and over with no real results and little progress.  Public officials take notice, your lack of computer literacy is showing big time today and you can definitely fix that if you want things to move along faster and be the role models everyone is looking for out there and not the “magpies”. 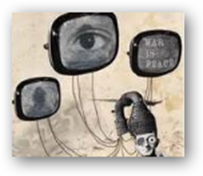 I hope they can find time on their busy schedule to give this some priority as this is dangerous and will cause all kinds of ill effects as we have those in dire need of 12 step programs who are addicted to data and will abuse it, as well as those who fall victim to some of these schemes. BD

Government agents can sneak onto your property in the middle of the night, put a GPS device on the bottom of your car and keep track of everywhere you go. This doesn't violate your Fourth Amendment rights, because you do not have any reasonable expectation of privacy in your own driveway - and no reasonable expectation that the government isn't tracking your movements.

That is the bizarre - and scary - rule that now applies in California and eight other Western states. The U.S. Court of Appeals for the Ninth Circuit, which covers this vast jurisdiction, recently decided the government can monitor you in this way virtually anytime it wants - with no need for a search warrant.

It is a dangerous decision - one that, as the dissenting judges warned, could turn America into the sort of totalitarian state imagined by George Orwell. It is particularly offensive because the judges added insult to injury with some shocking class bias: the little personal privacy that still exists, the court suggested, should belong mainly to the rich.

Chief Judge Alex Kozinski, who dissented from this month's decision refusing to reconsider the case, pointed out whose homes are not open to strangers: rich people's. The court's ruling, he said, means that people who protect their homes with electric gates, fences and security booths have a large protected zone of privacy around their homes. People who cannot afford such barriers have to put up with the government sneaking around at night.

The court went on to make a second terrible decision about privacy: that once a GPS device has been planted, the government is free to use it to track people without getting a warrant. There is a major battle under way in the federal and state courts over this issue, and the stakes are high. After all, if government agents can track people with secretly planted GPS devices virtually anytime they want, without having to go to a court for a warrant, we are one step closer to a classic police state - with technology taking on the role of the KGB or the East German Stasi.

Fortunately, other courts are coming to a different conclusion from the Ninth Circuit's - including the influential U.S. Court of Appeals for the District of Columbia Circuit. That court ruled, also this month, that tracking for an extended period of time with GPS is an invasion of privacy that requires a warrant. The issue is likely to end up in the Supreme Court.

The Government's New Right to Track Your Every Move With GPS - Yahoo! News