I am sure the judge was interpreting the law as it was written so the next step is it sounds like is an “act of Congress” unless the Department of Justice has other alternatives.  As a nation we would be fools to have this remain on the books as the last year since stem cell research was reinstated look what we have seen and every other country is right on this band wagon. 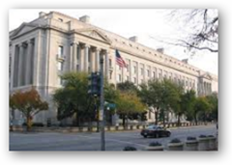 CDC and NIH to Start Genomic Applications – Are We In for a Cloudburst?

This ruling also has affects for other departments like the FDA who is now working with the NIH to clear drugs and treatments developed from stem cell and genomic research.  This one of those “things” left over from the Bush administration that somewhat makes the US look “stupid” if you will. Francis Collins, Director of the NIH had to put grants on hold and was astounded and said this is one of the worst things that could happen in our country relative to research and development and finding cures.

CDC and the NIH are also working together with genomic software applications and some involve stem cell research so again for those who are not up to modern day times, one decision as such does not have affect in only one place, it’s many.  That is the way data and information works today, not like it did in the Bush administration where most sat in “tech denial” and were obvious to the world evolving around them.

CDC and NIH to Start Genomic Applications – Are We In for a Cloudburst?

Last year I spent quite a bit of time at the World Medical Tourism conference with a Chinese company, Beike Biotechnology, listening to what they have going on with stem cell research and regenerative medicine so hopefully this matter will be cleared soon and projects will be able to continue.

The old world of the non participant tech denial folks of the Bush administration just keeping coming back to haunt.  BD

The US Department of Justice will quickly appeal yesterday's district court injunction temporarily freezing federal funding for human embryonic stem cell research, a department spokesman said today. The department aims to appeal this week to the US Court of Appeals for the District of Columbia, asking it to lift the injunction, the spokesman told reporters on Tuesday.

Also on Tuesday, the director of the National Institutes of Health (NIH) outlined in dramatic terms the impact of yesterday’s freeze on US funding for embryonic stem cell research, the result of an injunction issued on Monday by Royce Lamberth of the U.S. District Court for the District of Columbia. Nature blogged about the injunction here.

In a hastily arranged conference call with reporters on Tuesday afternoon, NIH director Francis Collins said that the administration reads the ruling to apply not only to lines funded for the first time under President Barack Obama’s March 2009 executive order liberalizing US funding for stem cell research, but also to the score of lines that were eligible for federal funding under President George W. Bush. Several of those are in particularly widespread use among scientists.

NIH grantees who have already received funds this fiscal year for projects involving human embryonic stem cell research will be allowed to spend those monies on those projects, Collins said. But new grant applications, and annual renewals of existing awards will “stop in their tracks.”

“I was stunned as was virtually everyone here at NIH by the judicial decision yesterday,” Collins said. “This decision has the potential to do serious damage to one of the most promising areas of biomedical research—and just at the time when we were really gaining momentum.”

The Great Beyond: US Department of Justice will appeal stem cell injunction