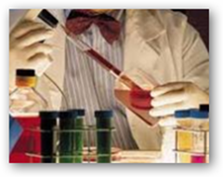 patients who have cancerous stem cells.

UCLA's Jonsson Comprehensive Cancer Center has more than 240 researchers and clinicians engaged in disease research, prevention, detection, control, treatment and education and the facility opened in June of 2009.  BD

Adult stem cells that are vital for airway repair in the lung but that persist in areas where pre-cancerous lesions are found are associated with a poor prognosis in patients who develop cancer, even those with early stage disease, researchers at UCLA’s Jonsson Comprehensive Cancer Center have found.

These adult stem cells are found in repairing areas after injury and also are found in pre-cancerous areas, suggesting that these cells may mutate and become cancer causing stem cells, making them a potential cell-of-origin for lung cancer and a possible target for prevention strategies and new targeted therapies.

The study found that when these adult stem cells are found in excised tumors, they are associated with a poor prognosis and could be used as markers to dictate the need for more aggressive treatment for those patients, said Brigitte Gomperts, an assistant professor of hematology/oncology, a Jonsson Cancer Center researcher and co-senior author of the study.

The presence of the adult stem cells in the tumors also was found to be associated with a higher likelihood that the cancer had spread to other organs.

“We can use the presence of these adult stems cells to identify patients with a high likelihood of relapse and risk of the cancer spreading, even in those where the tumor is small and can be entirely removed,” said Gomperts, who is also a researcher with the Eli and Edythe Broad Center of Regenerative Medicine and Stem Cell Research at UCLA.

The study appeared Aug. 15, 2010 in the peer-reviewed journal Cancer Research.

There is a growing body of evidence that shows many if not all cancers are caused by stem cells. Cancer stem cells are resistant to therapy and lie dormant, ramping up sometimes years later and recreating the tumor. If the cancer stem cells can be identified and studied, targeted therapies could be developed to kill them.

In this study, Gomperts and her team screened around 900 tumors removed from patients with non-small cell lung cancer at UCLA and MD Anderson Cancer Center, looking to see whether the adult stem cells could be found in the tumor. In her lab, Gomperts is now studying the pre-cancerous lesions where the adult stem cells persist in an attempt to uncover the cascade of molecular events that may transform these cells into lung cancer stem cells.

More than 222,000 Americans will be diagnosed with lung cancer this year alone. Of those, more than 157,000 will die, according to the American Cancer Society.

“Lung cancer is the leading cause of cancer death in the United States and is responsible for more deaths each year than breast, prostate, colon, liver, kidney and skin cancers combined. The overall five-year survival for lung cancer is only 15%, and this is mostly due to cancer recurrence and distant spread of the cancer,” Gomperts said. “This fits nicely with the idea that adult stem cells in the lung that are normally involved in repair become cancer stem cells, which are resistant to our conventional therapies. Having a targeted therapy to use against these cancer stem cells may be the key to reducing mortality from this disease.”

The study was funded by the California Institute of Regenerative Medicine, the National Institutes of Health, the American Thoracic Society/COPD Foundation and the Concern Foundation.