This story gives a whole new meaning to the word “trouble shooter” <grin>.  You know this person could have potentially been hanging out at this blog as he went 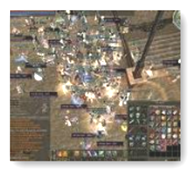 right to the source of his issues, the server will all the data and power to run those algorithms through the system.

An acquaintance of the shooter said he had been talking earlier in the day about shooting the server and maybe himself too.  The damage done was about $100k done by the bullet.  The pistol was found on the floor and the charges here are a 2nd degree felony.  Did the server shoot first <grin>.  They need one of these from HP in the video below that is bullet proof, either that or start thinking clouds.

Above is a link to a real disaster that is ongoing as I write that happened in Virginia.  BD

A Salt Lake City mortgage company employee allegedly got drunk, opened fired on his firm’s computer server with a .45-caliber automatic, and then told police someone had stolen his gun and caused the damage.

Joshua Lee Campbell, 23, has been charged in 3rd District Court with criminal mischief, a second-degree felony; carrying a dangerous weapon while under the influence and providing false information to police, both Class B misdemeanors; and public intoxication, a Class C misdemeanor.