This is one of those strange tales here when 2 doctors got into a fist fight over disagreeing over whether or not to perform a C-section and the patient was in labor during the entire time of the conflict with the doctors. 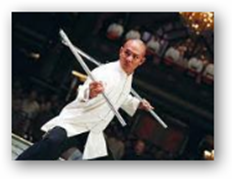 Italy's health minister traveled to Sicily on Monday to formally apologize.  The fistfight Happened in a  state hospital between a doctor employed there and the patient’s private physician.   Both doctors are being investigated as the due to the amount of attention taken by the fist fight, the patient had to have her uterus removed and her son had issues with possible brain damage which might also be tied into the delivery.

In short, this whole situation is stupid and could have been avoided.  It reminds me of the case we had here in southern California a few years ago where the surgeon left the patient during surgery and ran to the bank to use the ATM machine and came back.  You just wonder what goes through minds sometimes and how these things take over.  BD

MESSINA, Sicily — Italy's health minister traveled to Sicily on Monday to apologize to a woman whose delivery of a son was botched when her two doctors got into a fistfight in the operating room.

Health officials and Salpietro's husband, Matteo Molonia, said the two doctors disagreed about whether to perform a cesarean section and fought while Salpietro was in labor. Molonia said that delayed the C-section by over an hour, leading to complications for mother and son.

The fistfight occurred at a state hospital between a doctor who works there and a private physician Mrs. Salpietro paid as her gynecologist.