The morphine was prescribed for the mother and by mistake the drug was given to the newborn baby.  This is an odd one as I think it’s very rare that a newborn would be given morphine but it must have been busy on the floor that day. 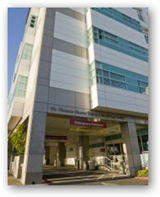 According to the article the baby was given the shot while being held by the mother.

The corrective action called for no longer giving medications to mothers at the neonatal ICU on the floor.  Luckily both mom and baby are fine and the mother had delivered triplets by Caesarean section so the Mom probably did have some real pain.  BD

The parents of a newborn who mistakenly received morphine at Mission Hospital have filed a lawsuit against the hospital.

Todd and Jessica Blischke sued on behalf of their daughter, Taylee, who was born prematurely on April 4, 2009 at the Mission Viejo hospital. According to the suit, Jessica Blischke delivered triplet girls and was prescribed morphine for pain after a Caesarean section.