this bill are enough to make a CIO commit suicide.  Our Governor gets is and is a big user of technology but for those who are not living in the real world today with technology this bill is asking for information that may not be readily available and will burden companies and government offices.  Most are in compliance and put information out according to Federal rules and standards, but this one is over the edge.  One could find out months after the fact that there was in fact more exposure too.

Most do not realize how fragile data systems are and what is needed to make them click as we have tons and gluts of different data systems that need to communicate and as I write there’s tons of programmers all over the world working on this.  You don’t just sit down and crank it out in an evening.  Sometimes I think I have a project all together and I find I have to go back or find something new that was missed before even though I spent days, hours, week on the IT project, stuff happens and when something new is introduced you need to take the time to follow it through. 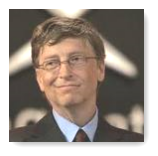 Even Bill Gates as I saw on a recent interview talked about how he progressed as in the early days, yes he could go home and crank out some code to add to Windows 95, but we way beyond this today and it’s not that simple.  He realized early too what future IT project updates were going to be like and the amount of work involved, why, because he writes code!

The California Legislature is not alone as we had the US Senate block funding for IT Cloud projects, don’t ask why but the best explanation still going is they don’t get it as many refuse to jump in there to attain basic simple consumer digital literacy.  I have asked around to many consumers as to what they thought infrastructure meant and you know what I head…ready…this is an average consumer response.

“it means I need to get a new computer, I think”

If you want to go a step further with infrastructure, let’s take Medicare who has very little of their own and is all run by insurance and other IT entities where it has been outsourced over the years.  We all talked about Single Payer plans but how can this happen until the US government builds it?  That is a big daunting project and they are on it with Code-A-thons, etc, – something a prior administration has done little with and sat back and contracted everything.  It does get frustrating to hear individuals sit there and still point fingers at one person as they too, don’t know and don’t get it.  It does nothing except stir up emotions.  Here’s a quote below from someone who took a lot of time to write on the comment section of my blog that explains a little of this but read all the comments if you want to know more. 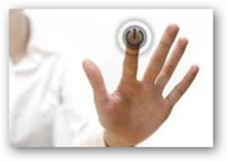 "“In the beginning, in 2006, these fiscal intermediaries thought that they could bid and win these contracts...WellPoint bought UGS, Administar, and Empire; they merged to form NGS. They won the contract for J-13, New York. At one time, they had 24% of the MAC contracts and thought that they were the top contractor for CMS.
However, CMS didn't really have experience with awarding contracts and competition was fierce. Companies hired lawyers and protested with the GAO...The GAO had major findings that required corrective action, re-bidding, and major delays in awarding these contracts. These delays were measured in years and they're still going on as we speak.
Only the companies with lots of cash flow could withstand waiting years to win a contract and get through all the protests.:

This is good stuff as far as information and is the reality of what we are dealing with today.  A lot of what you think is there to handle your IT needs today is not there yet as all are working to aggregate all the data to communicate across so darn many platforms because every one wants to create the best algorithm and be the creative hero today.  There is no one hero, it’s collaboration and team work and that is something we are learning the hard way at times.  Consumers get confused because on that end of the stick all the fun and good stuff is out there on the web, but it’s not there on the enterprise and

government end that you may want to react with, it’s work in progress.

So why is Governor Schwarzenegger up to date on this – he’s a participant and uses technology and does a lot of listening and participating and not a dead head like many who sit in leadership areas creating laws.  If you listen to any of his talks and speeches within the last year he stresses INFRASTRUCTURE.

Take a stop over at ZDNet and see what their editor in chief wrote today and if you are not familiar with ZDNet, they are techs, geeks, IT specialists who cover all of this and are one of the oldest tech sites on the web as I started reading them at least 10 years ago.  They know their stuff.

“IT has its own bridges to nowhere and $600,000 toilet seats. Sure, the government is inefficient, but IT is too.  Add it up and IT is a mess. And chances are your IT organization is a disaster too. The big questions: What are you going to do about it? Where do we even start?”

FIRST STOP TODAY BEFORE CREATING ANY NEW LAWS, CONTACT IT AS THEY ARE THE ONES WHO MAKE IT WORK AND WILL GIVE YOU THE SUPPORT YOU NEED AND THEY CAN ESTIMATE HOW LONG OF A PROCESS IT WILL BE AND WHAT IS INVOLVED WITH SOME GUESSTIMATES ON COMPLEXITIES.

A privacy breach notification bill recently passed by the California legislature would expand the state's existing law for how organizations notify consumers of a data breach.

California's existing data breach law does not specify what the breach notification should include information-wise. "This bill is intended to fill that gap by establishing standard, core content for breach notification letters," reads the California Senate Bill 1166, which was first introduced to the legislature in March.

Whether the new bill becomes law is up to Governor Arnold Schwarzenegger, who had previously vetoed a similar data breach bill because it put too much "unnecessary mandates on businesses without a corresponding consumer benefit," he said at the time.