State of Virginia Still Disrupted By IT Outage–Update

This is an update of a post from a few days ago and as of today many government agencies are still suffering without their data.  If we can perhaps convince the US 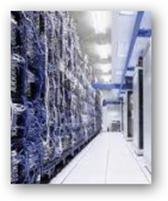 Senate of the value of cloud computing so they will appropriate funds perhaps the federal government could take advantage as well as the State of Virginia.  Perhaps some of these recent unfortunate events might get a few to think otherwise and who know they could even become participants in consumer level IT literacy.

No wonder the Governor was jumping all over the place to get Microsoft to put their data center in Virginia for cloud operations.

The governor also stated the inconvenience here to all was a huge mess and the DMV is still having issues.  New server boxes have been put in place and 13% of the state’s servers failed due to the problem.  If we had something like this in California it would shear madness and chaos to say the least with our big population.  The State said they thought the Northrop contract was risky  to begin with but they may not understand all of it either, but this sure makes a case for cloud computing to be involved by all means.  BD

Some government agencies in Virginia were still experiencing service disruptions Tuesday, despite the repair of a storage network that last week caused a major IT system failure statewide.

Virginia Gov. Bob McDonnell has ordered a formal investigation into a network outage that started last Wednesday and affected 27 of 89 state agencies.

Virginia Still Disrupted By IT Outage -- IT Outages -- InformationWeek