I certainly hope there’s not more of these types of articles to write about but with the focus on profits and dollars today, I kind of have this feeling there will be more coming unfortunately.  This is a non profit hospital that has come to blows with contracted insurance rates, something well known and discussed in the Boston area lately too.  So it appears many patients will be having to make a change and at least those who are already inpatients won’t be affected, and that was gracious on both sides here.  In the comments some stated they were looking to change to Blue Cross and then in the news today we have this story: 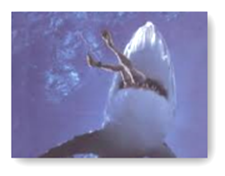 “The proposed rate increases would affect 7,100 Santa Fe County residents and 40,000 policy holders statewide. The 12 individual health insurance plans affected by the rate case are BlueDirect A, BlueDirect B, BlueDirect C, BlueChoice Plus, BlueChoice 20, BlueChoice 30, BlueEdge Individual HSA, BlueEdge 100 HDHP, Blue Transitions, New Mexico Major Medical, Number One and Conversion.
Blue Cross says it has suffered losses in the market plans for individuals — as opposed to group plans — each of the last three years. The average rate increase for the plans is 21.3 percent under the settlement, but the range is higher, up to 26 percent for some plans.”

There seems to be no breaks anywhere for some of these patients.  Health insurance and care seems to be getting uglier every day and it all revolves around the dollars and cost.  I wonder if after all the bickering, court cases, etc. if a single pay plan will end up here by default with perhaps the President at some point in time declaring a “Roosevelt” type of action with taking over all the firms if the corruption and processes continue in this fashion.  The insurers have not made a very good name for themselves in handling claims with stories of how some were denied due to algorithmic scoring and putting everyone’s health in the hands of a risk management assessment.  Certainly information as such is good, but how it is used for profit or for better health?  When profits come first the latter is a big open question. 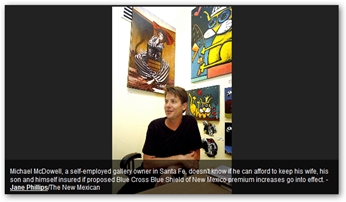 At times it get so very old hearing individuals still putting the blame on the President for some of the laws with reform, but truth of the matter is that this was going to happen, reform or no reform as it’s the mathematical formulas that everyone relies on to make a profit.  I thought the White House was trying to work as best as they could with insurers with backing down on the single pay and now we have even a bigger mess.  It’s the world of information overflow and how we use it makes all the difference.

The New York Times today had an article about the “flash crash” and there’s a good point made here and it applies to healthcare to with insurance companies and I have said this many times myself":

“We live in a day when things are measured in milliseconds,” said Sang Lee of the Aite Group, a financial services consulting company. “It is meant to be a level playing field, but if you have better technology you will have the edge.”

When you give this some serious thought, we are the folks with swords and daggers going up against those with machine guns technology and we know who wins that battle of the algorithms.  BD

SANTA FE (KRQE) - More than 10,000 New Mexicans are stuck in the middle of a big battle between northern New Mexico's largest hospital and one of the state's biggest insurance companies.

According to Lovelace Health Plan, a reimbursement dispute between the company and Christus St. Vincent Regional Medical Center has reached its boiling point.