depressing all of this is and it depresses me too.  Economics is not good at measuring and finding value with innovation as those biased make a real mess of everything.

Here’s a little proof of that concept with some recent legislative actions in the Senate with funding web services but leaving out the cloud, in other words “Mikey gets his Cheerios but no milk to go with it” and we all know how goes with only getting part of the food we need here.

I’m not the only one feeling this way, it’s all over the web with IT individuals shaking their heads too.  Not too long ago I made a post relative to Medicare contractors and the good stuff is not necessarily my post, but rather the comments made in detail by a reader that explains how connected Medicare and health insurance is with the lack of infrastructure and how the insures built it all over the years, so again this makes sense to endorse those who are not going to poking around asking questions and support the bliss non IT participants that may not be up to date with general consumer digital IT knowledge.

Below are a few quotes from the comments on this article as a preview, well worth a read to get some history on how all this comes together.

“National Government Services (NGS) is a subsidiary of WellPoint (WLP). Back in 2005/2006, WLP bought 3 private companies: Empire, Administar Federal, and United Government Services. All these companies were fiscal intermediaries for CMS, the Centers for Medicare and Medicaid, which works under the U.S Department of Health and Human Services. Before the Medicare reform, which was under President Bush (and I have no bias about him, I'm just trying to give you some basics), these private companies were paid based on cost to administer funds to health facilities that served Medicare beneficiaries. Since blue cross had the administration experience, alot of these companies were originally specialized departments within Blue Cross and they broke off to singularly work for the Medicare Program. Workers were dedicated to the Program and spent many years developing the databases and information systems.

In the beginning, in 2006, these fiscal intermediaries thought that they could bid and win these contracts...WellPoint bought UGS, Administar, and Empire; they merged to form NGS. They won the contract for J-13, New York. At one time, they had 24% of the MAC contracts and thought that they were the top contractor for CMS.
However, CMS didn't really have experience with awarding contracts and competition was fierce. Companies hired lawyers and protested with the GAO...The GAO had major findings that required corrective action, re-bidding, and major delays in awarding these contracts. These delays were measured in years and they're still going on as we speak. “

Companies like WellPoint have the cash to change the systems, make them more efficient, and make them automated. This reduces labor and also it reduces the type of labor. Before, someone would require high IT skills, high analytical skills, and an accounting background. WellPoint had to change the systems to reduce labor costs, so that the systems can be operated by not so skilled workers. That's the only way they could reduce costs in the long run to compete at $.60 per claim.”

In essence once you read up on all of the history, a Single Pay Plan is almost impossible as there’s no current infrastructure with the government to run it and it’s back to the insurance industry once again, kind of illusive here.  With that in mind it somewhat makes sense for the shift in funding as business could stand to go on as usual. 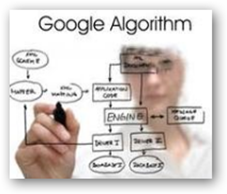 Healthcare literacy at the consumer level appears to be a huge issue here with comprehending the entire big picture.

Occasionally some of the algorithmic scoring hits the news when patients don’t receive care based on economics and saving money, as this one that was posted here and on Reuters not too long ago.

Some of those algorithms lead to law suits too when the numbers are crunched on what is paid.

With all this said, it makes sense that carriers would rather contribute to political areas to where the heat if of with not messing with their algorithmic costing and scoring, although all of this is to come under healthcare reform.

Banking on illiteracy here seems to be a pretty good bet for insurers as this is what has been going on for years with insurers having machine gun technology in place and the rest of us consumers are running around with our swords and daggers.  You can listen to anyone on Wall Street tell you that the ones with the technology are going to financially win.  BD

Health insurers led by WellPoint Inc. are backing Republicans with campaign donations by an 8-to- 1 margin, favoring the party that’s promised to repeal President Barack Obama’s health-care overhaul if it wins back Congress.

WellPoint, along with Coventry Health Care Inc. and Humana Inc., gave Republican candidates $315,000 from May through July, according to U.S. Federal Election Commission records. That compares with $41,000 given to Democrats by the three companies as the parties near November elections that will determine who controls the U.S. House and Senate next year.