Home » Insurance » Medically Related » My Commentaries » Technology » Are We Ever Going to Get Some Algorithm Centric Laws Passed for Healthcare!

This is a bit of a rant on my part, but I keep looking at the laws that are being discussed and passed and darn they leave huge big black holes for folks to poke around in, and because laws are not specific enough, they get away with it because it’s not illegal.  I call it the “under tow” as it’s an entire “smart” community that feeds on the ignorance of others.  The “under tow” is growing every day too, and they like algorithms as it allows the use of software to carve out profits with formulas and base their compensation on helping show savings.  Those “savings” come at a price. 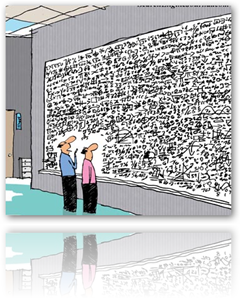 Now, we have Lieberman wanting to take a break, but you know what, this is not the 70s when we had a lot of “time” to make crucial decisions, it’s a whole new world today and I sure wish we had a Congress that would think in those terms.  Healthcare needs to be fixed and the longer we wait, the worse it gets.  Insurance companies love it as they can continue to do business any way they feel fit, and even so, when laws are passed, they want the “open ends” left that way.

I think it is almost time to start thinking about what types of algorithms we will allow as a county to function, especially when it comes to healthcare and what we pay for it.  There’s big profit in providing those algorithms when we have the capabilities of our new CIO Office to create our own, and with some open source software thrown in to mix with commercial software.

Outside of healthcare a bit, look at what Goldman Sachs does with technology, it’s called HFT, or High Frequency Trading, and this could include the trading of healthcare stocks too.  One 30th of a second is changing profit levels when it comes to a query running and an algorithm programmed to run based on the information in the query.  This is automated ahead of time, no human hand touches the transaction, so think about some of the same in healthcare.  It’s the algorithms that work 24/7, not humans.

“Not satisfied with milking the taxpayer, Goldman and friends have also escalated the profiteering arms race and are looking to skim everyone in the trading arena - partners, clients and each other. Can regulators keep up with the speed of their innovation and put in place sensible restrictions to protect the rest of us? “ 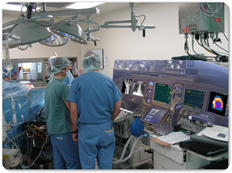 While Lieberman wants to take a break, we have this going on with medical tourism (link below), funny, they don’t seem to be taking a break at that end of the healthcare business and are networking to try to bring healthcare insurers closer into the medical tourism business, maybe the work of the “under tow'”, you think?   I do have to ask what is the matter with Congress, don’t they get it, or perhaps don’t they understand where things are moving.  The whole world is moving quickly while Congress wants to take a break!  Give me a break!

If you read the link above you can see where doctors and hospitals were put in a position to lower their charges when patients were offered the opportunity to go overseas and if you think this momentum is not going to pick up speed, well think again.  Insurance companies are changing their business models and algorithms all the time, it’s what they do for risk management.  Are they taking a break, don’t think so.

The Town Hall meetings and all the press they get suck!  The reason for this is that they are partially unprepared to answer all the questions and they show up with little or no information to offer citizens.  Now don’t get me wrong, reform is needed, but we need to do this and education citizens in a much better fashion than just running these Town Hall Bitch Sessions that do wonders for the news and their ratings.  If you take time to educate then you will have a much more attentive crowd without all the emotions.  On the same hand too, shame on those who show up to stir the pot, that only makes it worse and resembles the behavior of children who don’t know better yet.

If you think your insurance as it is today is not going to change and require more input, information and involvement from you as a patient, think again as it is, they use algorithms to create this, whether we like it or not.  It’s the data game of creating structured query language to query and match items from one side to those on the other.  When things don’t match, it’s Houston we have a problem time.

So again, to keep the “under tow” from stepping all over us, it would be so very helpful to have laws passed that are specific as to what type of computer language and queries that can be run, AND, make that publicly available so people know what is being done and not a big string of queries that nobody but the beholder has privilege to access.  I do get confused with John McCain being against a government plan to compete, as he’s covered by one.  On that note, see what is said on the Daily Show, “the American public does not deserve the same quality of healthcare that the military gets”……”the government has the best healthcare government can run”….BD 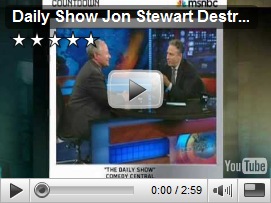 Lieberman Weighs In | 6 p.m. Senator Joseph I. Lieberman, the independent from Connecticut whose vote is vital to the Democrats, is advising that President Obama wait on the health-care overhaul.

Lieberman Wants a Timeout on the Overhaul - Prescriptions Blog - NYTimes.com