On Wall Street it is called “program trading”, in health insurance it could be called “program insuring” as it comes down to the same controlling factor, algorithms.  Anyone who has read this blog for the last 2 years probably thinks I have some kind of “love” affair going on with that word, but having written code myself, it’s how the world and business works.  I am nowhere near the level of sophistication of what we are talking about here

by any means, but any coder can tell you the power that lies within.

Ex-Goldman programmer Inquisition Continues – Did He Really Steal the Algorithms or Just Worked on Code from Home?

When I read the part about only transferring less than 32 megabytes, just common sense would tell me this is indeed only a portion of what would be required, however it could be a module that could be used elsewhere, as I used modules written by others in some of my projects, which by itself was pretty useless as it only did one or two things, and of course a full program like an EMR needs lots of modules and SQL (structured query language) statements.  On the other hand too, I could see a programmer accidentally scooping up some code accidentally if multi-tasking with other items on the computer he’s working on.  The 2 big money makers in health care seems to be referenced at a post a made over a year ago:

Even AIG knew the power of the nerds years ago:

Would Goldman short the Health Care stocks to zero if reform goes through?  This is a good question and something to think about, really think about.  Goldman has the latest version of the Inslaw/PTECH/PROMS software and front run the market including their own clients, that's how they get their money through software with accelerated business intelligence algorithm and aggregation capabilities.

One thing to keep in mind is that Health Care Insurers for profit could really be pushing to please Goldman too.  If you read through this and perhaps watched the video at the end of this post, keep in mind that healthcare is run on algorithms too and that’s what works 24/7, not humans and we need laws that are “algorithmic centric” that spell out what is legal and what is not.  I say this because as time goes on, we are going to aggregate these algorithms and they will become even more complex in nature, we are doing it right now with medical records too, which is a good use for patient information and reducing errors, but the payment and reimbursement side of things is what we need to watch and understand as algorithms can take money away too.  BD

Flying home to New Jersey from Chicago after the first two days at his new job, Sergey Aleynikov was prepared for the usual inconveniences: a bumpy ride, a late arrival.

He was not expecting Special Agent Michael G. McSwain of the F.B.I.

At 9:20 p.m. on July 3, Mr. McSwain arrested Mr. Aleynikov, 39, at Newark Liberty Airport, accusing him of stealing software code from Goldman Sachs, his old employer. At a bail hearing three days later, a federal prosecutor asked that Mr. Aleynikov be held without bond because the code could be used to “unfairly manipulate” stock prices.

Little understood outside the securities industry, the business has suddenly become one of the most competitive and controversial on Wall Street. At its heart are computer programs that take years to develop and are treated as closely guarded secrets.

The profits have led to a gold rush, with hedge funds and investment banks dangling million-dollar salaries at software engineers. In one lawsuit, the Citadel Investment Group, a $12 billion hedge fund, revealed that it had paid tens of millions to two top programmers in the last seven years.

Why he downloaded the open source software from Goldman, rather than getting it elsewhere, and how he could at the same time have inadvertently downloaded some of the firm’s most confidential software, is not yet clear.

“A geek who writes code — those guys are now the valuable guys,” Mr. Donefer said. 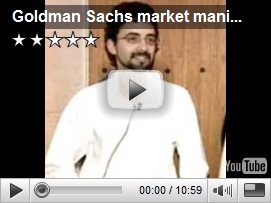