We used to call this substitute teachers in school, but now the situation is being scrutinized after a couple deaths from potential errors.  The doctors could very well be exhausted after working a full week shift in their own country and working late hours in the UK on top of their normal routine.  This could be bad for both the home country and the UK with doctors being exhausted.  Not too long ago someone from Europe told me that the doctors in his country went to Finland to work and made more money working one weekend shift than what they make all week in their home 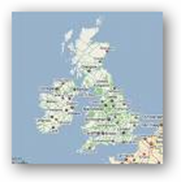 country, so it appears the UK is not the only country in Europe using substitute doctors.  The other scenario in Finland was related to a shortage of physicians and not an overtime situation.  The decisions to use doctors from other countries is the choice of the individual Trusts.

As stated below, a large number of doctors have opted out for taking care of their patients on weekends and evenings.  BD

The huge extent to which the NHS needs foreign doctors to treat patients out of hours is revealed today.

A third of primary care trusts are flying in GPs from as far away as Lithuania, Poland, Germany, Hungary, Italy and Switzerland because of a shortage of doctors in Britain willing to work in the evenings and at weekends.

The stand-ins earn up to £100 an hour, and one trust paid Polish and German doctors a total of £267,000 in a year, a Daily Mail investigation has found.

The figures come months after an investigation was launched into the conduct of a German doctor after two patients died on his first shift in Britain.

The NHS is having to rely on doctors from overseas because a lucrative new contract for British GPs has resulted in more than 90 per cent opting out of responsibility for their patients in the evenings and at weekends.

Doctors from Europe who come to the UK to work in out of hours services must prove they are of the same quality as our home-grown doctors. We are not convinced there are appropriate checks in place to ensure they are.'