I think this CEO of this small hospital system summed it up quite well, and in my own opinion, we need those Algorithmic Centric Laws as nobody really knows how they will be interpreted… 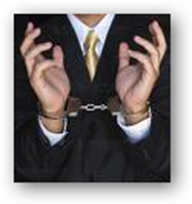 The computer code spells it out as 1000 pages of text doesn’t do much other than make a lot of money for attorneys anymore who try to figure out which and what algorithms apply, ask an office that specializes in this, they can tell you what they investigate and what they do.  So why do we not spell this out in logic terms and have correct and certified algorithms in the first place, unless we like killing time and wasting the time of others.

We don’t live in the 70s where a text driven document says it all anymore and the algorithms say it and do the work.  If we spell out the algorithms at the start it would even cut short the amount of time the legal process has to go through as it would be spelled out and it would be open source for all to see how the formulas are run, instead of the deep dark hole we live in today with “propriety algorithms” that make a lot of money off of transactions when we could do it first hand, and yes there would be “algorithm updates”, as that’s just the world we live in, but just like Windows updates they could be easily distributed.

The post post above  makes a very close comparison to the money making algorithms of Goldman and what is used in healthcare, worth the read and learn what potentially fraudulent algorithms or computer code is all about.  In the meantime we all sit waiting for a Congress to stop the meaningless talks and get logical to give us some real figures and information we can listen to and work with, as right now their lack of education and hands on experience with even some of the most simple matters is holding up the entire country.  We would like to see educational and literate action and not another series of Town Halls videos that hurt people and have little or no effect other than running up news ratings.  I will keep saying that learning needs to start at the top and again, not to beat a dead horse, that that “dud” town hall meeting this week really cinched it for me as far as seeing the big white elephant.  BD

From his perch as the chief executive of a nonprofit hospital network that draws patients from 11 counties in Central Texas, Barnett sees plenty of problems in desperate need of fixing, especially in a state with a higher proportion of uninsured -- nearly one in four -- than any in the country. He has hopes for reform, particularly a larger pool of insured customers.

But then the what-ifs take over.  Margins are so fragile in health care," Barnett said, "that small, negative, unintended consequences can have a dramatic impact."

The mere act of providing coverage to more people would produce a new order of challenges in Travis County and its surrounding jurisdictions, where experts say doctors are in increasingly short supply. One in 10 Medicare patients already reports trouble finding a doctor and Seton projects a shortage of 2,900 physicians in the 11-county region by 2020, even without adding people with new coverage.