We all laugh to a degree about it, but there might be some level of addiction with all of us, just like coffee, etc, but for those who need help and

the addition is real, there’s a center now that can help.  I do like the picture of the nice serene country side.  This link will take you right to a survey page where you can take a test/survey to see if you might have some of these tendencies with Internet Addiction.  Of course with blogging and the work I do, there’s probably a bit of addiction present with myself, but for now I’ll sit in denial (grin).  We need CPT codes next.

Internet Addiction is a Clinical Disorder..... 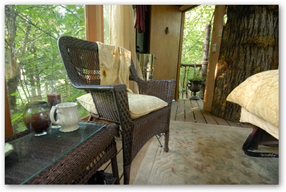 I looked around the site a bit, and gee, I like the “tree house”, I could live there.  You can also follow the website on Twitter, that is unless you are addicted to Twitter.  Overall I think this is an effort to help get us back to “human” thinking again with all the time we spend with computers and technology to bring balance back, and learn how to live and work with technology as it’s a bit different in my opinion than perhaps alcohol or gambling where abstinence is the desired end result, as technology is all around us and achieving balance is probably something all of us would like to find out more about, even though maybe not addictive, but what’s the key to the balance of life.  I sure don’t have any big answers on that one myself.

I found a link to another site with more information on the topic here:  http://www.netaddiction.com/   Some places like China were giving shock treatment for Internet Addict and now it looks like the government has banned it, “ouch”, One Flew Over the Internet!

The FDA approved something similar though here for Obsessive Compulsive Disorder, so would Internet Addiction fall into this category?

Or there is this treatment where you could go get zapped on your lunch hour:

This site and program is not any of the above treatments, but rather an approach that focuses on a 12 step program, like we have all heard about for years and has some words of wisdom for everyone to use to guide them through life and is about humans helping humans, something that gets lost in the high paced world we live in today.  BD 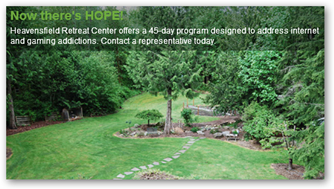 Alexander, 19, needed help to break an addiction he calls as destructive as alcohol or drugs. He found it in this suburb of high-tech Seattle, where what claims to be the first residential treatment center for Internet addiction in the United States just opened its doors.  Ben Alexander spent nearly every waking minute playing the video game "World of Warcraft." As a result, he flunked out of the University of Iowa.

The center, called ReSTART, is somewhat ironically located near Redmond, headquarters of Microsoft and a world center of the computer industry. It opened in July and for $14,000 offers a 45-day program intended to help people wean themselves from pathological computer use, which can include obsessive use of video games, texting, Facebook, eBay, Twitter and any other time-killers brought courtesy of technology.

The effects of addiction are no joke. They range from loss of a job or marriage to car accidents for those who can't stop texting while driving. Some people have died after playing video games for days without a break, generally stemming from a blood clot associated with being sedentary.

Internet addiction center opens in US by AP: Yahoo! Tech