This is a new lawsuit against the Ingenix data base and not the same as the settlement by the AMA.  This suit reflects specifically on outpatient surgery centers and has been initiated in California by 2 surgery centers.  In this case we have some administrators who run employer plans also included according to the article, so 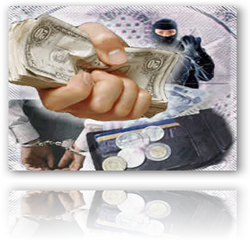 those 3rd party companies that run payment algorithms from the corrupted data calculations that were in effect for 15 years appear to be held accountable too as United said you can’t sue us.

“We sold and licensed our faulty numbers, but you paid the claims and used it” is what this sounds like so we are reaching a new level here with trying to get away not being responsible for the tool they created.   In the other settlement it was the the other insurers who paid for the licensing and billed at the rates shown.

If you are a provider or patient and need information on the case settled by the AMA, more information is available at the link below.

There’s quite a few month suits out there relative to the use of the data base that shorted payments.

What you also might find amazing and interesting as a factoid is that the same company, Ingenix is out there getting anti-fraud contracts from hospitals and governments to run their algorithmic codes to find fraud and the problem with a lot of that is we get some real false positives, partially because of the way the parameters are set and secondly due to the fact that crooks bill better as they don’t see patients so their data looks better than the average doctor or hospital out there.

A few more lawsuits filed can be found here at a post I made last year that are relative to State and selected regional areas.  The suits include Aetna, Blue Cross, HeatlhNet, etc. as Ingenix licensed the data base for use to all of them, so they made money from the other insurers too in the process.

I find this interesting today with the news that the CEO of Blue Cross thinks they are being picked on, but hey when the truth rolls out and the deed was done, what are consumers supposed to think and who are they to trust?  BD

The lawsuit, which the Downey Surgical Clinic and Tarzana Surgery Center are pursuing in federal court on behalf of ASCs nationwide, alleges that UnitedHealth calculated its usual, customary and reasonable rates for out-of-network claims through the use of in-network or Medicare rates and an arbitrary multiplier, instead of through geographical comparisons and its Ingenix database, as it had reported. This violates federal health benefits and anti-corruption laws as well as California business codes, say attorneys, and hurts surgical facilities.

The May 7 filing expands on a 2009 lawsuit, which adds as defendants a list of corporations and their in-house employee benefit plans for which United and Ingenix set prices for its enrollees' claims. According to the ASCs' attorneys, the defendants were added after United argued it could not be sued for the actions of insurance plans or plan administrators for whom it simply processed claims.