enhance and add value with offerings.  Microsoft has donated 1 million to get the Foundation going, which is non profit with it’s own board of directors.

I played around with the demonstration and did a short video on how the screens navigate with Silverlight.  With as complicated as medical record technology is getting today, would it not be nice to see the same or very similar screens for data entry at every hospital and the same for doctor’s offices?  That is the whole idea of having the software open for development.  One MD told me he had to learn 5 different medical record systems to get through his internship.  Here’s an example of a physician/developer in New Zealand who is working with the software with developing medical records technology.

Not too long ago I did an interview with Mike Naimoli, US Director of Microsoft Life Sciences and we discussed CodePlex and how it comes into play with their customized solutions too.  BD 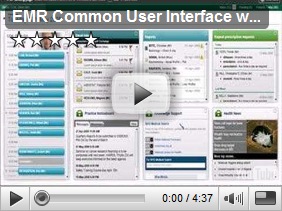 Microsoft has cofounded and is providing the funding for a new foundation aimed at bringing open-source and proprietary software companies together to participate side by side in open-source projects.

According to its Web site, the new CodePlex Foundation "will complement existing open source foundations and organizations, providing a forum in which best practices and shared understanding can be established by a broad group of participants, both software companies and open source communities."

CodePlex has for some time been the name of the site on which Microsoft hosts open-source projects.