More hospital news, this time right under the nose of Washington and Congress, so if this doesn’t generate some attention here, I don’t know what will, again as most are non participants in consumer healthcare IT so it’s kind of of hard to see this I guess.  The city  will have to subsidize as the hospital can’t meet their debt and bills.

It appears the “for profit” organization that owns the hospital is in default on the bills and they don’t expect anyone else at this point to bid on the hospital as it is on the block.  They expect the current owner though to show up and try to block this effort, go figure?  From what is posted in this article, it appears some bad management is in the picture from years past.  BD

The D.C. Council voted Tuesday to establish a nonprofit corporation to seize control of United Medical Center at a foreclosure auction next week, even 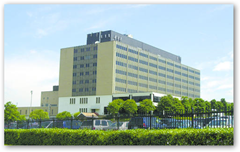 though the District's chief financial officer warned members that the city might not be able to afford it.

After months of wrangling between the city and Specialty Hospitals of America, the hospital's owner, Attorney General Peter Nickles plans to auction the Southeast Washington hospital on the steps of the John A. Wilson Building on July 9.

Nickles has accused Specialty, a for-profit company that took over the hospital then known as Greater Southeast in 2007, of defaulting on its loan agreements with the city.

"Because the hospital cannot meet its operating expenditures, given its current streams, it is likely the city will have to continue to subsidize the hospital into the future," wrote Gandhi, noting the city is near its debt limit.