The Importance of Open Standards to Healthcare Medical Records Connectivity

As well all know the future of Health IT grows, open source is important and saves money; however a combination of both commercial and open source is what gets the job done.  I like open source software myself and use quite a bit, but in some areas the development may yet lag on where the commercial side offers. 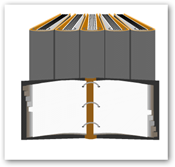 This is a good explanation of how Linux servers are used at Beth Israel in Boston and further goes into how standards for both commercial and open source software need to work together.  Mentioned here as an example is the standardization of lab reports and I can go back a few years with that one when I was still writing on the nightmare we had in California for a few years until the complete software unity was brought together when Quest bought Unilab with different lab numbers, that was a nightmare until it was all finally brought together and one that I worked with as far as a crossroad of getting lab results into the medical records.  It was specifically a southern California issue as the company acquired Unilab had so many locations, etc. here.

Microsoft is aware of this as well as has their own open source projects at a website called “CodePlex” so as well as their commercial projects they are making software that is free to develop as well.  One project I have written about that you can find on CodePlex is the Common User Interface, a front end application open to develop to work towards a unified simpler user interface for physicians with medical records.

Again, that is a bit of history here on standards but it raised a bit of havoc for a number of years and we are facing the same types of issues now in other areas, including Dr. Halamka’s mention of the FDA unified Ingredient number with food and allergies.  Right now there is nothing required and this in turn will turn into intelligence for the FDA as well as better patient care with a standardized system, so this is one are you can watch for to change as medical record technology continues to evolve, and then there is the SNOMED issue, which is also work in progress and I’ll leave that discussion for another time as it deserves it’s own forum.  BD

At the Opensource.com Open Your World Forum on May 27, John D. Halamka, MD, CIO of Beth Israel Deaconess Medical Center and CIO of Harvard Medical School, described where open source and open standards fit into the ARRA expectations for healthcare IT. The short answer is, everywhere.
“We run a data center with a couple of petabytes of healthcare data for three million patients and the entire infrastructure is run on Red Hat technologies,” Halamka said. “We have multiple data centers, multiple clusters of Linux servers and we haven’t had downtime in a couple of years. No CIO in healthcare is afraid of open source. In fact, the movement to Linux clusters that are highly reliable for healthcare is the way the back end in most healthcare data centers seem to be going.

By 2013, the FDA’s Universal Ingredient Identifier (UNII) will be used to describe substance, food and environmental allergies, he said. HL7 Clinical Document Architecture will be the standard for describing vital signs by 2013. The IFR will standardize units of measure to the Unified Code for Units of Measure (UCUM). “Right now, we don’t have any standards units of measure. I could report a lab in milligrams per deciliter or furlongs per fortnight,” said Halamka.

“It is a cold war. [But] there are many eyes on open-source products and we have tended to see good security and good reliability because there is such a community of folks looking at, testing, and improving open source products.”