A few days ago I posted about the 2 hospitals being in talks and it appears the acquisition has taken place, although there are many items to take care of and an approval needs to be given.  I hope all works out for the best here and think this is the best that could have happened.

Memorial will bring the facility into current day technology I am sure as they certainly need that direction after a number of years with so many in “tech denial”, 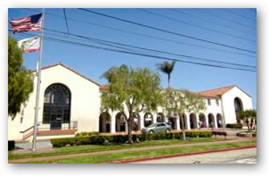 which was a huge issue, as I noted in my prior post having to work with an IS manager a few years ago and what I ran into.  Those issues unfortunately are still alive and well today in some areas and if you don’t move with the times, the times run you over.  The facility will remain separate just as Miller’s Children’s hospital exists today and a few months ago I had a tour of their brand new facility with the hospital CTO.

As mentioned in the article there’s the issue of retro fitting for earthquakes with the building that also needs attention, so there’s work to be done.  It is actually advantageous as far as grants and other issues to keep the two hospitals separate as a couple hospitals recently found out in Florida with issues.  Also worth a quick note, Memorial Care is also opening up 3 new retail walk in clinics in the Orange County area.  BD

LONG BEACH - Long Beach Memorial Medical Center's plan to eventually own and operate Community Hospital of Long Beach will strengthen Community's future and allow for the care of more patients in greater Long Beach, the head of Memorial said Thursday.

That effort will "look at the concerns, the wants and the needs of the community that (Community Hospital) serves," Arias said.

Hendel said that assuming ownership could take as long as a year or sooner, since it needs to be approved by the Attorney General.

When the transition is complete, Community would remain a separately licensed facility with a separate medical staff, just as Miller Children's Hospital is.